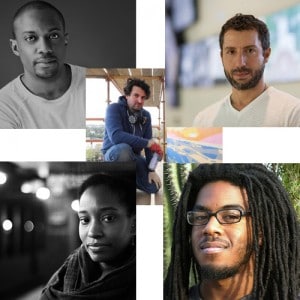 In Des Moines for two days in late-September 2016 an international-touring, inflatable sculpture called In Search of the Truth (The Truth Booth) was installed. It worked like a classic photo booth. But instead of taking still pictures, this interactive artwork in the shape of a giant speech bubble captured 2-minute long video segments of everyone willing to share their thoughts and opinions as they complete the statement “The truth is…” 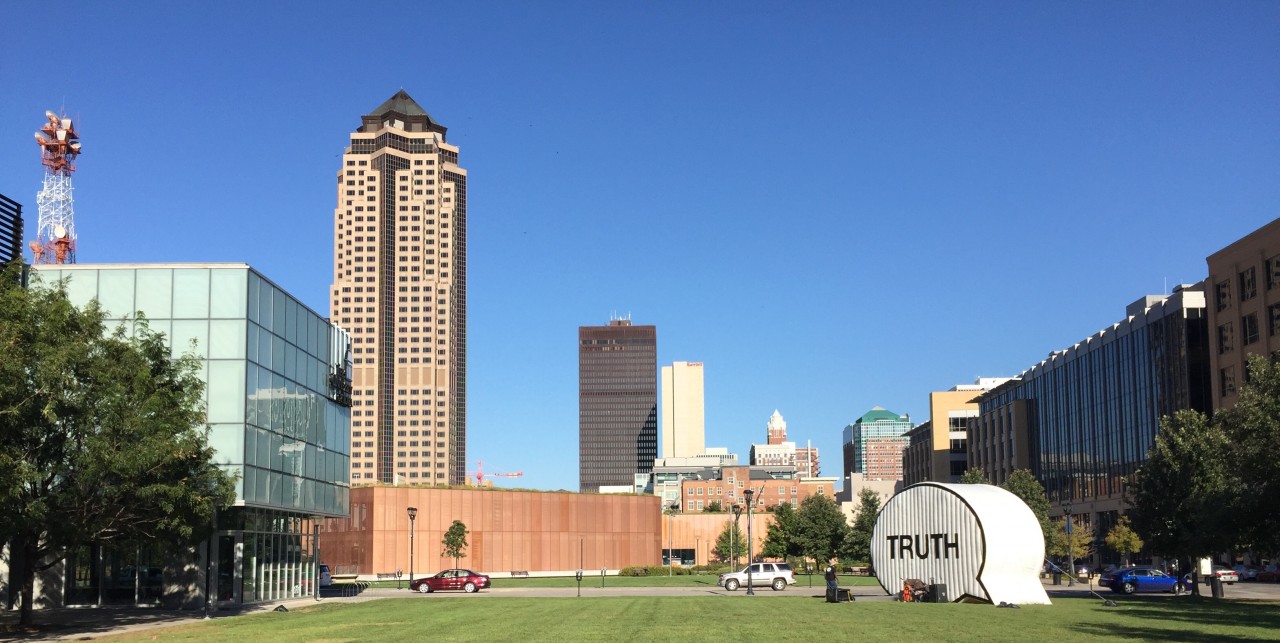 Launched in 2011 by the artist group The Cause Collective, which includes artists Hank Willis Thomas, Ryan Alexiev, Jim Ricks, and William Sylvester, The Truth Booth has been exhibited in many cities around the world from Cape Town, South Africa, to Afghanistan and Ireland, and is currently engaged in a 50 state tour of the United States before the November elections.

The desire of the Collective was to explore and enliven public spaces by creating dynamic conversations between issues, sites and public audiences, hoping to add the “public” back into public space and public art. The video footage collected from participants speaking the truth was complied, edited, and presented in public exhibitions at selected art institutions around the world, as well as online platforms. The project and a selection of spoken truths can be found on line via In Search of The Truth‘s  Website, Facebook and Instagram
Des Moines’ presentation was made possible through the creative partnership of artist and ISU professor of architecture Mitchell Squire and the Greater Des Moines Public Art Foundation.
Additional support was provided by Iowa Arts Council, Iowa Department of Cultural Affairs; City of Des Moines; Des Moines Performing Arts; Des Moines Art Center; ASK Studio; Des Moines Business Record; Urban Dreams; and Iowa State University Department of Architecture & Department of Design. 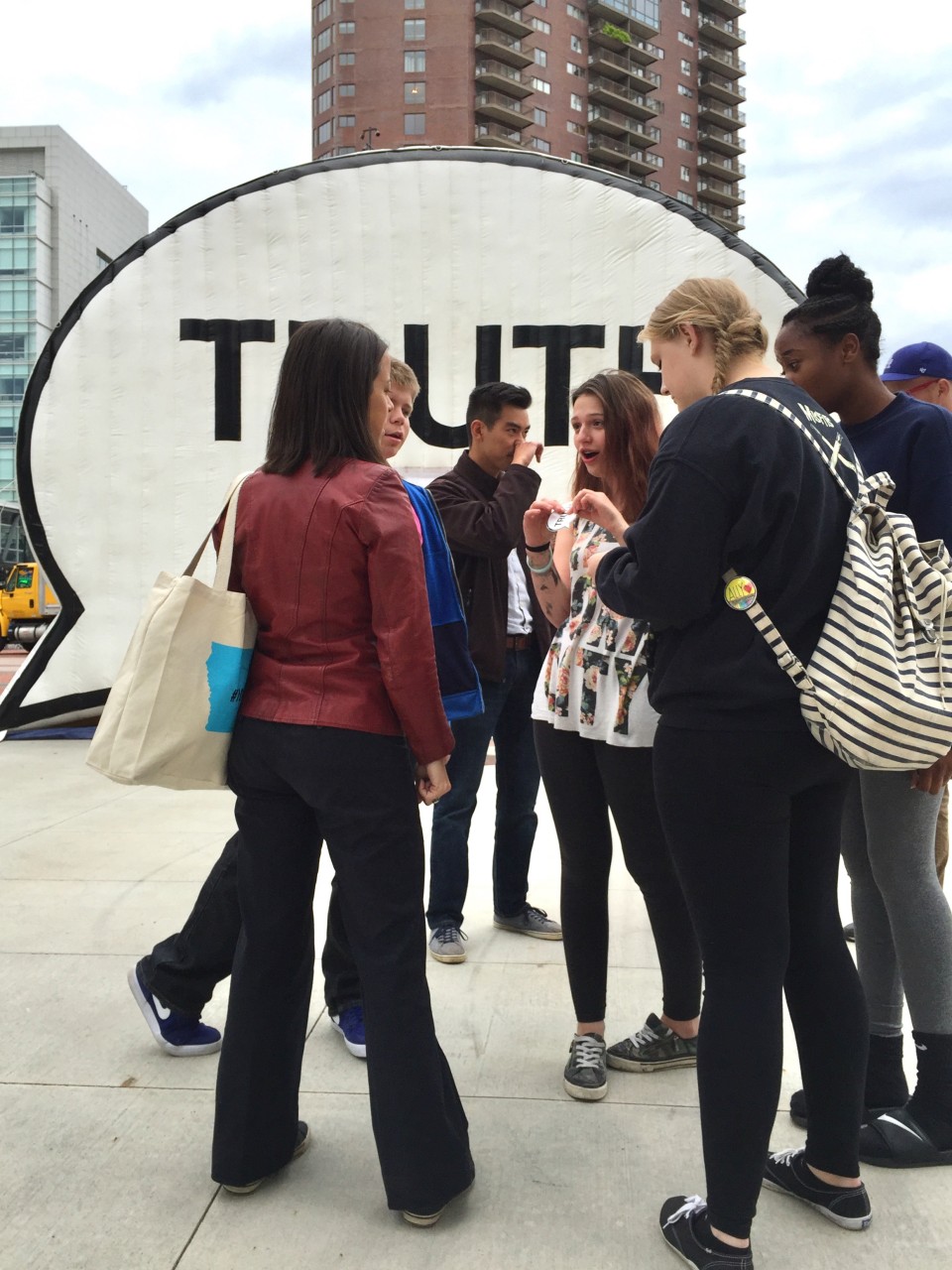 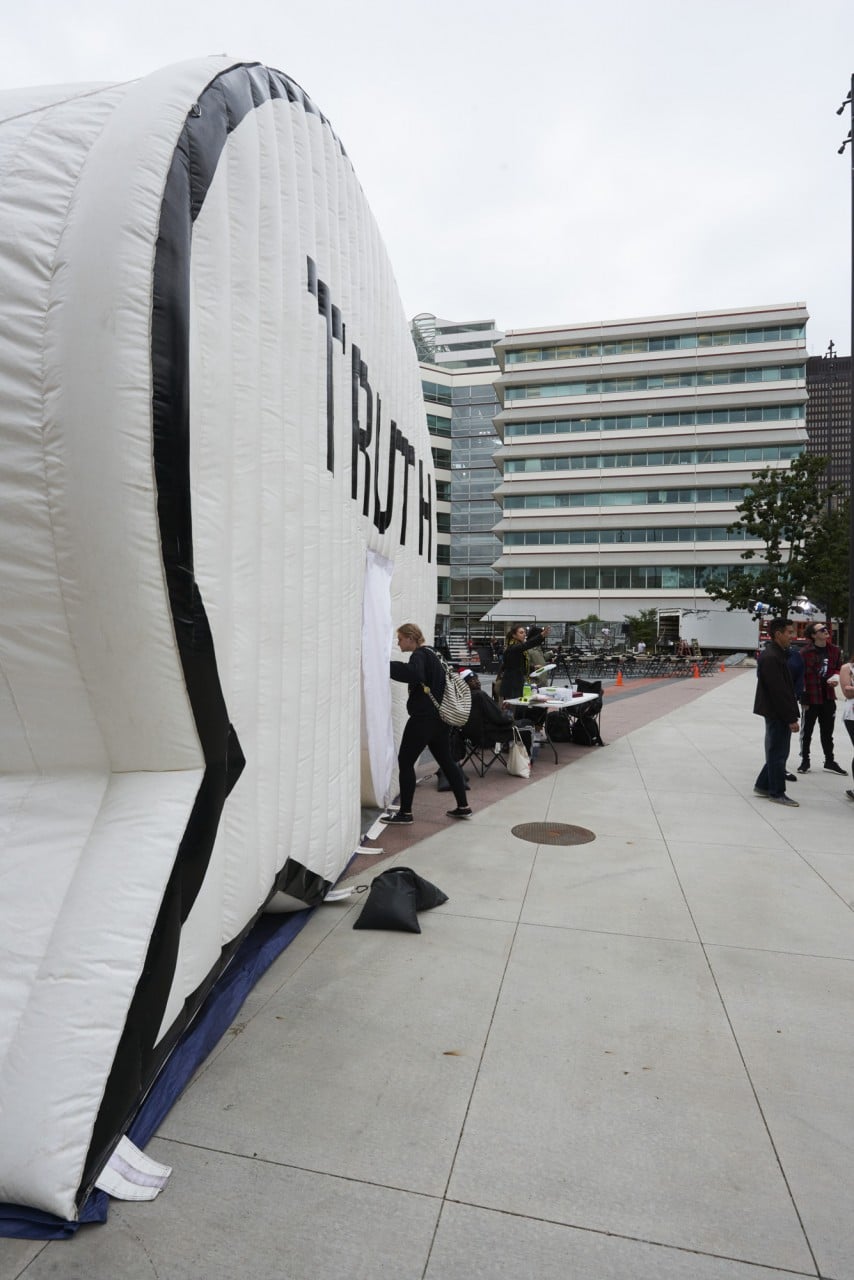