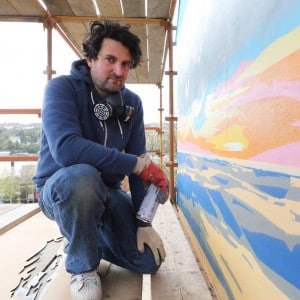 Jim Ricks is an Irish and American conceptual artist, curator, and writer. Originally from California, he has lived in Ireland for 8 years.

He received a Masters of Fine Art from the National University of Ireland Galway and an undergraduate degree in Photography from the California College of the Arts (San Francisco). Ricks was selected for Futures 12 at the Royal Hibernian Academy in 2012.

Ricks has created and toured the popular public work the Poulnabrone Bouncy Dolmen.  Alongside solo shows at Pallas Projects, The Black Mariah, and the Dublin City Gallery The Hugh Lane, he has curated shows in Dublin, London, Galway and San Francisco.

As a member of Cause Collective he recently toured to Afghanistan with the collaborative project, In Search of the Truth (The Truth Booth).