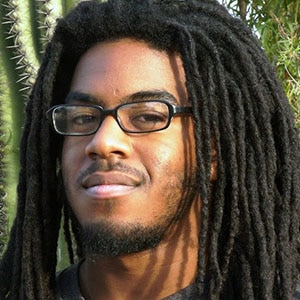 Will Sylvester is at the intersection of art and technology. Having worked in e-commerce, commercial photography, radio broadcasting, television news, cable television, and video editing, he currently works to help integrate art with technology for Songha & Co. in New York City.

While working as e-commerce manager and photographer/videographer for Industialrideshop.com, Sylvester attained his AAS in Film and Television Production, with a concentration in Film and Video Editing, from Scottsdale Community College. There he discovered his passion for documentary film. Continuing his education, he received his Bachelors Degree from the University of Massachusetts (UMass-Amherst) focusing on Documentary Film for Social and Cultural Change. He created such shorts as Thank You For Choosing…, Love: A Documentary, and UVC: Students in Education.

While studying at UMass, Sylvester worked as a cable technician, director for the weekly campus sports television program, and as a visual technology servicer. After graduating UMass, he applied the skills learned to create and tour the Question Bridge: Black Males Exhibition. This included showings at the 2012 Sundance Film Festival New Frontiers, the 2012 Sheffield (England) Documentary Film Festival, and 18 other exhibitions across the United States. Will represented the Question Bridge project at the Sheffield Documentary Film Fest and on the Thinking Big panel at the America University 2012 Media That Matters Conference. Will also worked with the Cause Collective to bring the Truth Booth to three cities in the U.S. in 2012- 2013, as well as creating the methodology that brought The Long March at the Birmingham- Shuttlesworth International Airport to life.

When he’s not “conquering the world”, one medium at a time, Will Sylvester composes music as one half of the band BLEW, digs through dusty record crates across the world, and is rediscovering the joys of analog film.