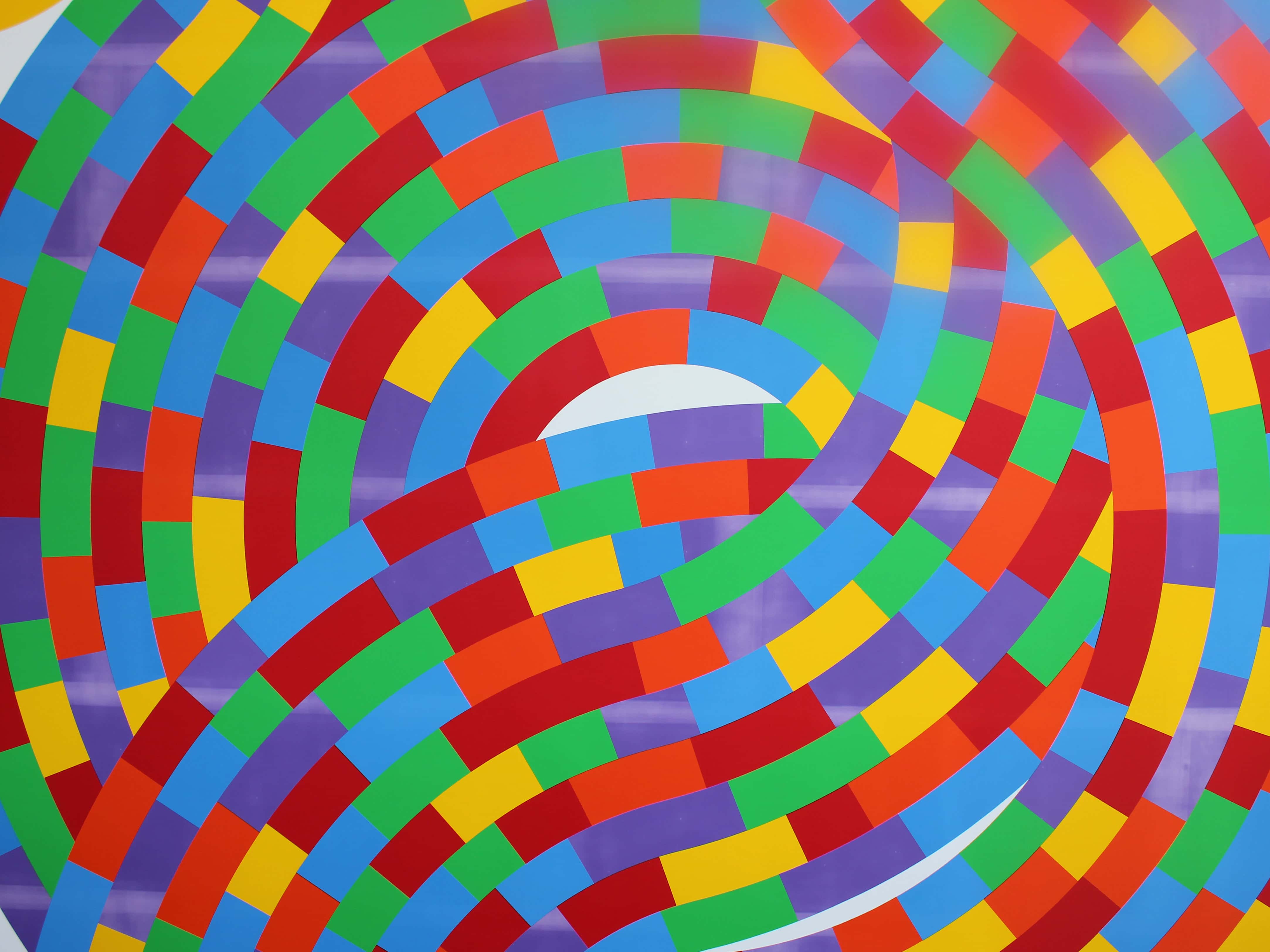 The curvilinear forms as complements to the undulating landscape, while the vivid colors provided a bold contrast with the gray tones of the interior lobby.

“Whirls and Twirls” is an example of LeWitt’s highly saturated colorful later works made in acrylic. While the forms are curvilinear, playful and seem almost random, they are drawn according to an exacting set of guidelines. The bands are a standard width, for example, and no colored section may touch another section of the same color. 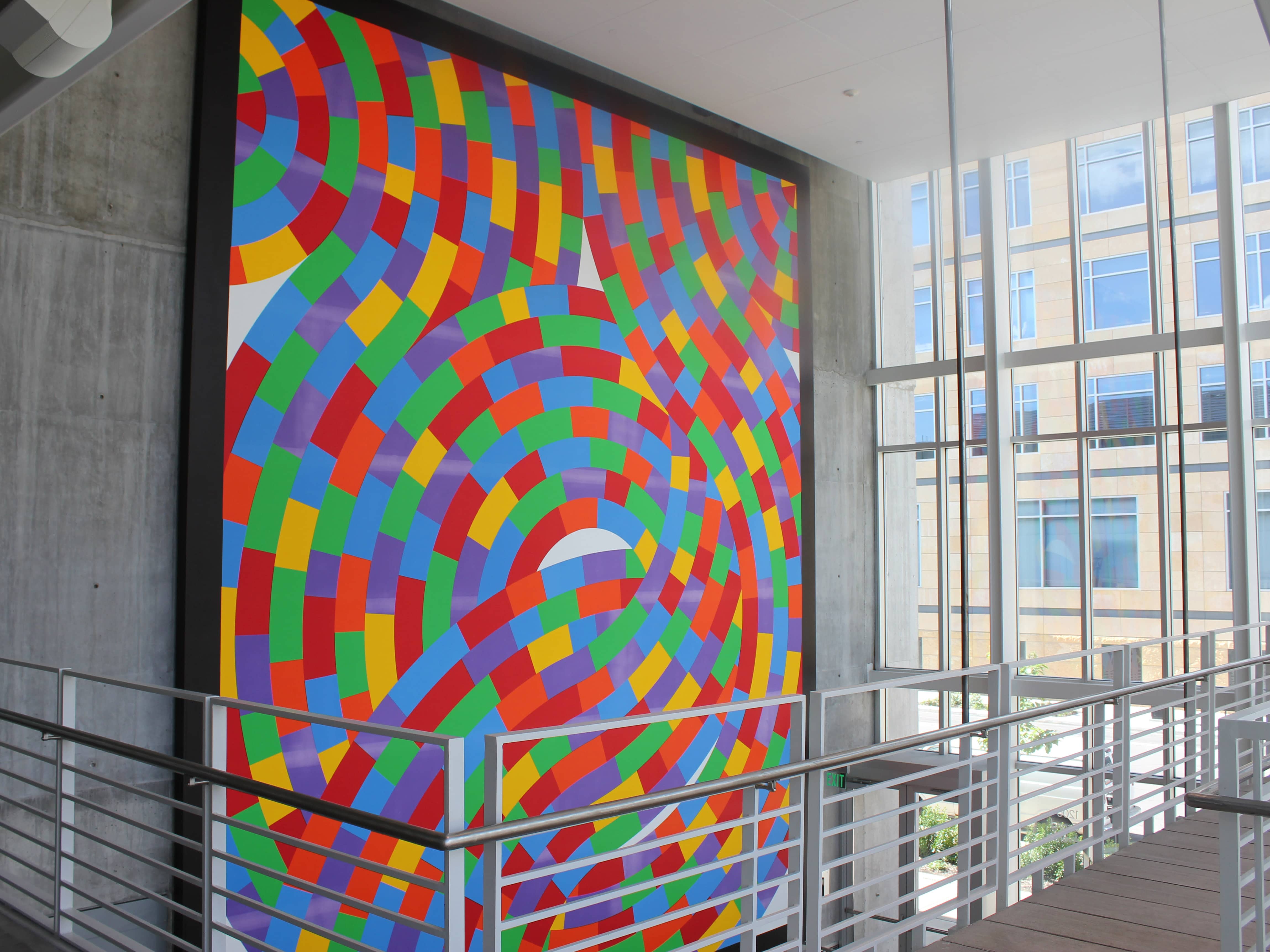