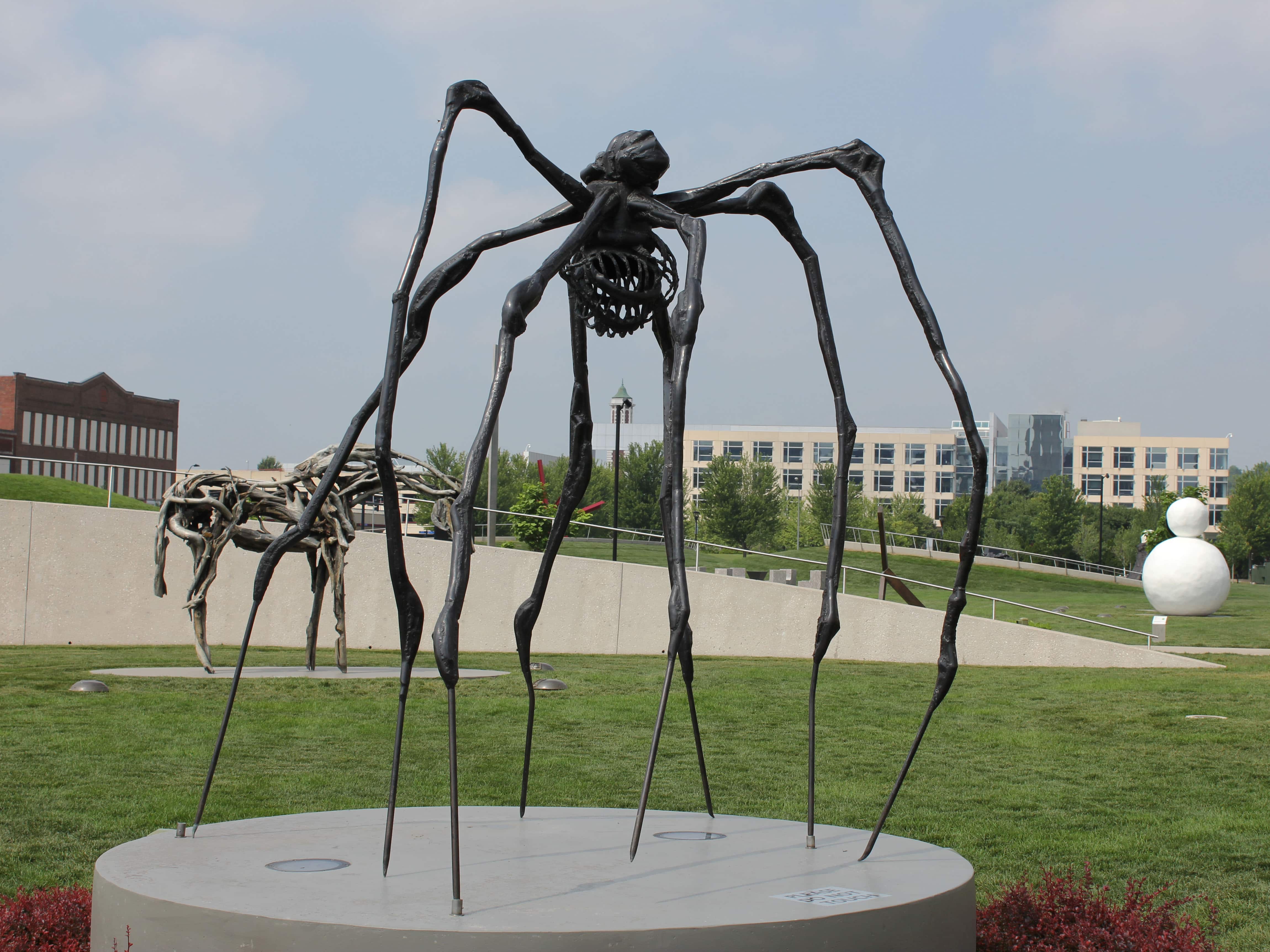 The artist, Louise Bourgeois, has been using spiders in her work since the 1940s, and in the 1990s began sculpting them into colossal forms like this. Surprisingly, she sees them not as ominous predators, but as a symbol for her much beloved mother. For the artist, whose work has explored themes of childhood memory and loss, the spider carries associations of a maternal figure. Indeed, Bourgeois’ “Spider” series relates to her own mother who died when the artist was twenty-one. The allusion to her mother as a weaver refers to the Bourgeois family’s tapestry restoration business, in which her mother was the chief seamstress.

Since 1984 Louise Bourgeois has been developing a body of work with the spider as a champion.

With Spider, viewers are confronted by an oversize version of a creature which most would view at its normal, tiny size. The knobby joints of the spindly legs are arranged at various heights and imply movement, but the delicate egg sac hanging from this spider’s belly is a clue that suggests this creature should be seen as more than the stuff of nightmares.

From drawings to large-scale installations, Bourgeois’ spiders appear as looming and powerful protectresses, yet are nurturing, delicate, and vulnerable.

"The Spider is an ode to my mother. She was my best friend. Like a spider, my mother was a weaver. My family was in the business of tapestry restoration, and my mother was in charge of the workshop. Like spiders, my mother was very clever. Spiders are friendly presences that eat mosquitoes. We know that mosquitoes spread diseases and are therefore unwanted. So, spiders are helpful and protective, just like my mother. ..."

"[My mother] protected me and was clever. I want them [the spiders] to envelop me and protect me. I want them to be strong and monumental like my mother. But my mother was also ill. They reflect her strength as well as her fragility, since they balance on tiny points."