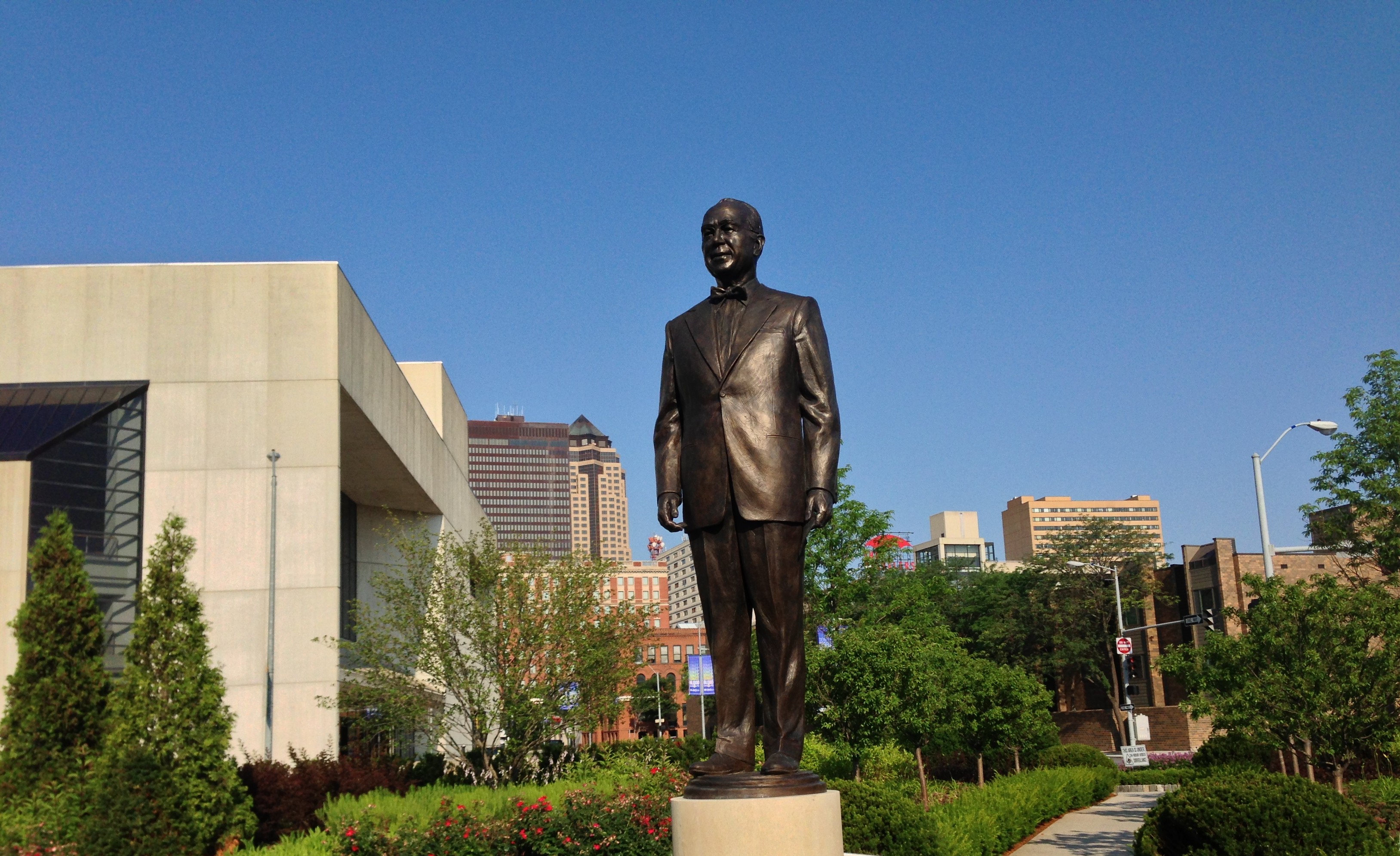 Portrayed in his signature bowtie and business suit, this sculpture depicts Des Moines entrepreneur John Ruan, Sr. (1914-2010). Ruan established the foundation that sponsors the World Food Prize. The Prize honors the achievements of individuals who have advanced human development by improving the quality, quantity or availability of food in the world. The sculpture of John Ruan is sited so that downtown Des Moines is directly behind him — reflecting his leadership in transforming and revitalizing the commercial center of the city.

The World Food Prize, created by Dr. Norman Borlaug, was almost discontinued in 1990. The original sponsor withdrew its support and the Nobel committee turned down Dr. Borlaug’s request for funding. John Ruan heard of his fellow Iowan’s dilemma and made the decision to establish a foundation that assumed sponsorship of the World Food Prize. The Prize became one of Mr. Ruan’s passions, and he worked to raise its profile in Des Moines, across the nation and throughout the world. In 1994, Ruan and Dr. Borlaug added the World Food Prize Youth Institute, and in 1997, Ruan contributed $10 million to permanently endow the prize and ensure its tenure in Des Moines.