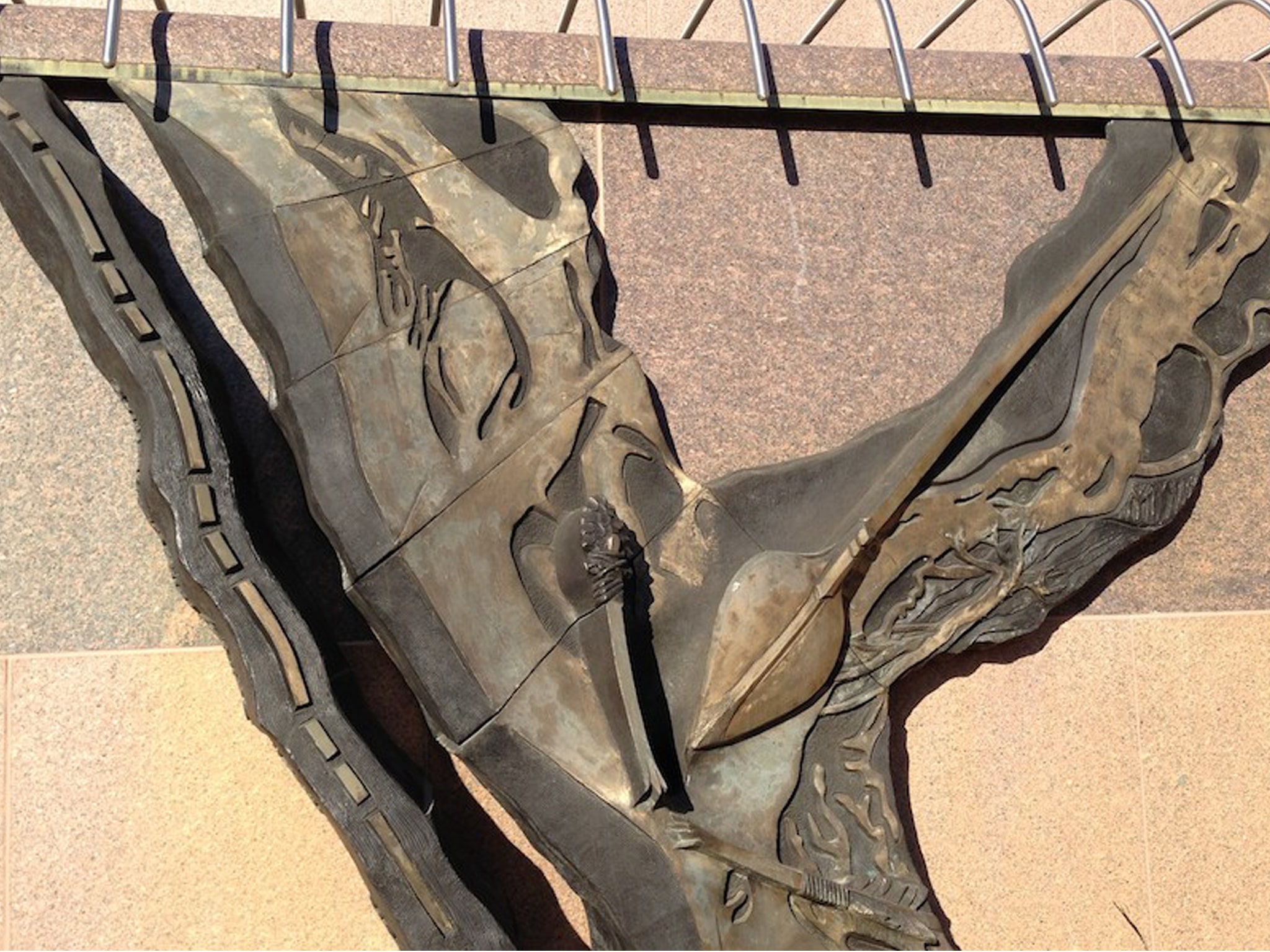 Greenfall grew from a 1986 bronze relief sculpture, titled Critical Juncture/ Fluid Boundary, depicting the clash of cultures between native inhabitants and early white settlers in Iowa. The original concept for Critical Juncture/Fluid Boundary called for a 38-foot wide waterfall to interact with the bronze relief. Greenfall simulates falling water with greenery and one-inch thick curved stainless steel rods spaced each foot along the width of the original waterfall and cut to create an arch over the bronze relief. Budgetary constraints kept the project on hold until May 2005—when Wyrick received a call from the Iowa Arts Council saying her proposal had been accepted. The change came in 2006, more than 17 years after Wyrick first proposed Greenfall. Anita Walker, then director of the Iowa Department of Cultural Affairs, unveiled Greenfall at “Ignite the Night” in June, 2005. 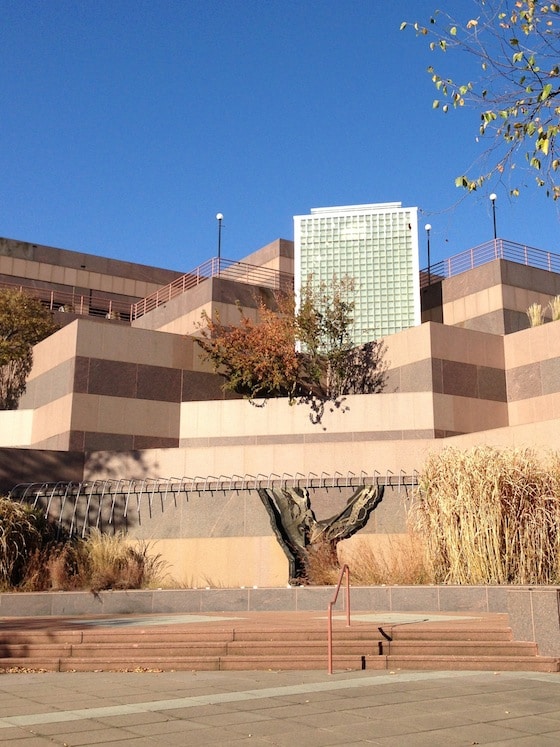