Shirley Wyrick creates sculptures in cast and fabricated metals—iron, bronze, and steel—often including other media such as glass and ash. Her sculptures and drawings are in museums and public collections nationally and internationally. Many of her works focus on river themes. She is a longtime resident of Iowa City, Iowa and has a deep respect for the Iowa river that runs through the university community. She has designed sculptures for the Levitt Center for University Advancement, Iowa City; the State Historical Building, Des Moines; and the Johnson County Administration Building, Iowa City. Several short films/videos have been made about her work, including “The River: A Visual Journey of its Construction and Installation,” 1987; “Like a River-a public artwork flows from and through its community,” 1987; and “21st Boundary,” 1984. 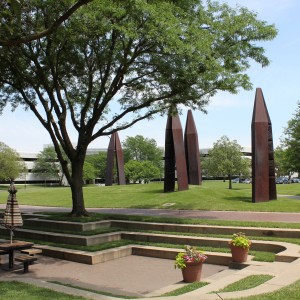 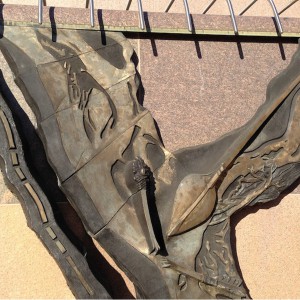