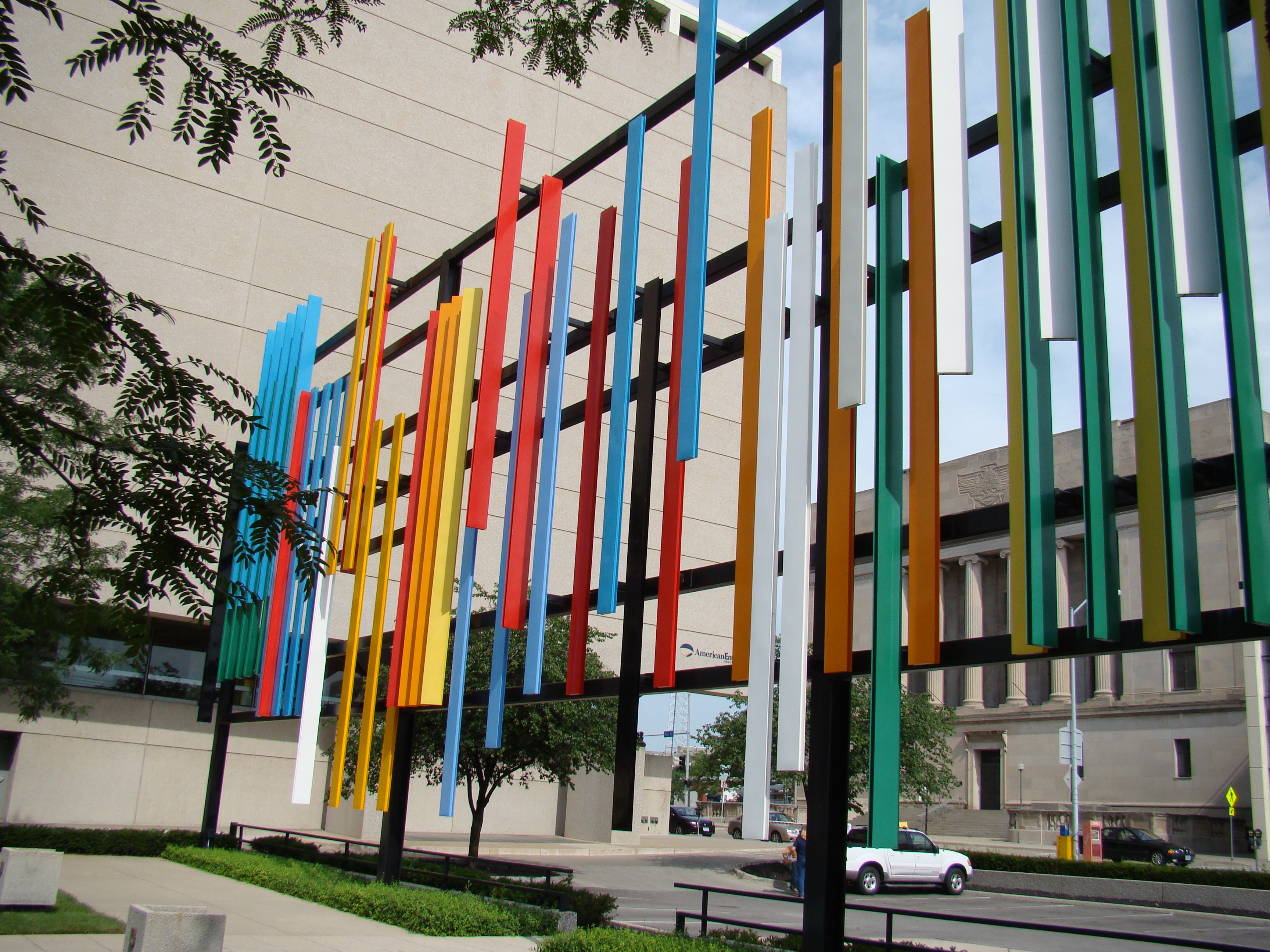 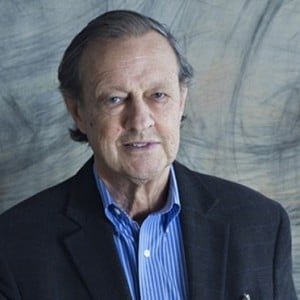 Construction is a billboard-sized outdoor installation with a dense arrangement of vertical, variegated, steel components.

The variety of bright colors and orientations, and their placement at different heights is both irregular and rhythmic. Their arrangement evokes both the bold aesthetic of commercial branding, for which the artist, Ivan Chermayeff, became famous, and the experiments in color relationships and abstraction pioneered by artists like Josef Albers and Carlos Cruz-Diez.

It was commissioned  in 1971. In the context of American Enterprise’s—formerly known as the American Republic Insurance Company’s—sculpture garden, the brightly colored steel beams paradoxically elicit both a sense of danger due the objects’ sheer size and weight, and a sense of security in their solidity and architectonics.

Incidentally, Chermayeff’s father was a Russian emigre who would have come of age in the time of Malevich, but who worked in the United States as an architect. The combined interest in abstraction and architecture perhaps reflect Chermayeff’s relationship to his father and the environment in which he grew up.

“Design is directed toward human beings. To design is to solve human problems by identifying them and executing the best solution.” “…the marks are simple and enduring - classic examples of identity design.”