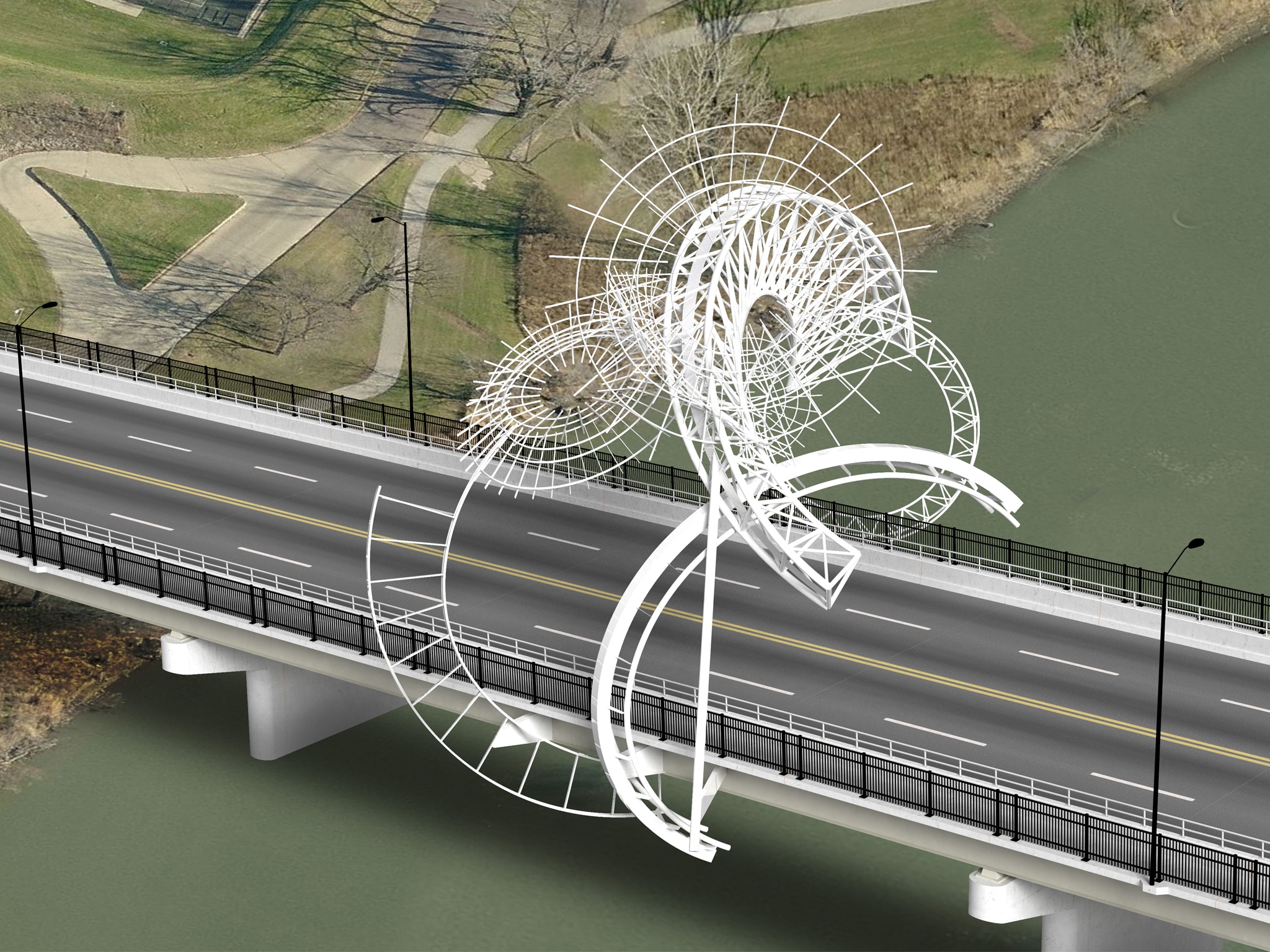 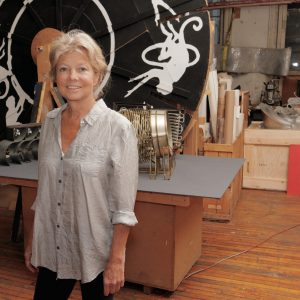 This project was archived in 2018. Below is a historical commentary.

In May 2012, celebrated artist Alice Aycock was the finalist for the 6th Avenue Bridge public art project in Des Moines, Iowa. She was selected through a vigorous public art process. The Public Art Foundation (“PAF” ) convened a community nine-member jury who reviewed and evaluated applications from 123 local, national and international artists. The jury consisted of Des Moines city officials, PAF board members, and community representatives.

“The selection committee was delighted with the number of exceptional artists submitting proposals for this important project,” said Paul Mankins, then PAF Board President. “We’re trilled to select the design concept of Alice Aycock for this site. Aycock has contributed major public art projects all across the U.S.”

Of note were references in Aycock’s design to the historic Riverview Amusement Park, a treasured local landmark that once operated at a site just north of the 6th Avenue bridge and closed in 1977. The concept design’s fanciful twists and turns wrapped over the bridge like the roller coaster.

“The proposal was a dynamic, soaring 83’ x 61’ public art sculpture atop the 6th Avenue Bridge. In 2012, an average of 17,000 vehicles move through the corridor daily, and the bridge and its adjacent neighborhood of River Bend mark the northern entry to the city’s urban core,” said Jessica Rowe, PAF director. “Our focus was to transform the 6th Avenue Bridge with a work of public art that possesses a gravitas and landmark quality equivalent to that of our great civic buildings and spaces.“

Unfortunately, without federal support and a decrease in municipal funding the project faltered. The PAF’s work was redirected to other major projects in 2013.

In 2014, Alice Aycock joined another international call for artists launched by the PAF. Aycock became the finalist for a new major public art project in the downtown core of Des Moines. Unfortunately, this project was postponed and later cancelled by the corporate partner.

During a 2015 Strategic Planning meeting, the PAF Board of Directors, still impressed with the compelling project, recommended that Aycock’s design for 6th Ave Bridge project remain in a holding pattern.

Over the next few years, PAF successfully completed a complex and acclaimed project “A Monumental Journey” by Kerry James Marshall. With continued interest is the artwork of Alice Aycock, a Board subcommittee was constituted to work with the City of Des Moines to investigate other locations for installation of Aycock’s work. After numerous meetings, a portfolio of potential neighborhood sites in Des Moines were identified. Then in early 2020, a new opportunity was  presented. A new location was available. New partnerships, collaborations and private contributions secured the funding of this public art project. The Public Art Foundation commissioned Alice Aycock to create a public art project in October 2020. The location is the newly reconfigured entry and exit of  the Des Moines International Airport.

The sculptural assemblage would arc over the roadway and attach to the bridge. The elements represent fragments of bridge components and are also reminiscent of amusement park rides such as Ferris Wheels and roller coasters -- "super duper loopers" -- all of which have a truss system of diagonal bracing. The sculptural construction would be centered on the Sixth Avenue Bridge. As such it acts as a portal or gateway to the city of Des Moines and in the reverse direction as an entrance to the historic neighborhood on the other side of the river. The component parts would be attached to the existing bridge structure. The arcs of the structure could be seen from a distance so that the bridge itself provides a goal, a point of arrival and departure for the traveler and operates as a landmark for the residents. The design is celebratory in nature and to be lit as illustrated or the site of 4th of July fireworks. The design is intended to emphasize the historical significance of the site as well as to operate as a memory trace of the past activities there. This new metaphorical construction operates as a sign signifying the activity and energy that was generated historically and also refers to the energy and excitement that still exists. [9 May 2012, About the Concept Design] Alice Aycock