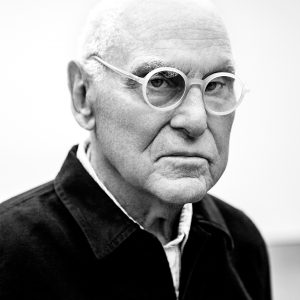 Richard Serra was born in San Francisco in 1939. After studying at the University of California at Berkeley and at Santa Barbara, he graduated in 1961 with a BA in English literature. During this time, he began working in steel mills in order to support himself. In 1964, he graduated from Yale University with both a BFA and an MFA. Receiving a Yale Traveling Fellowship, he spent a year in Paris, followed by a year in Florence funded by a Fulbright grant.

Serra’s early work in the 1960s focused on the industrial materials that he had worked with as a youth in West Coast steel mills and shipyards: steel and lead. A famous work from this time involved throwing lead against the walls of his studio. Though his casts were created from the impact of the lead hitting the walls, the emphasis of the piece was really on the process of creating it: raw aggression and physicality, combined with a self-conscious awareness of material and a real engagement with the space in which it was worked. Since those Minimalist beginnings, Serra’s work has become famous for that same physicality, but one that is now compounded by the breathtaking size and weight that the pieces have acquired.

His series of “Torqued Ellipses” (1996–99), which comprise gigantic plates of towering steel, bent and curved, leaning in and out, carve very private spaces from the necessarily large public sites in which they have been erected.

He has been making sited works since the early 1970s, and his sculpture has a strong relationship to natural and architectural places. The weight of matter, the balance of equal and unequal forces, and energy controlled and visible define his art.

Richard Serra is one of the most significant artists of his generation. He has produced large-scale, site-specific sculptures for architectural, urban, and landscape settings spanning the globe, from Iceland to New Zealand. 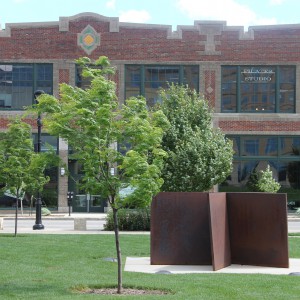 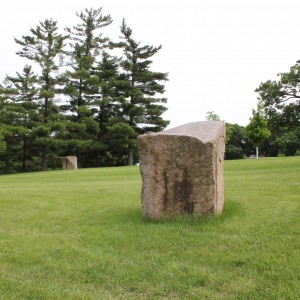