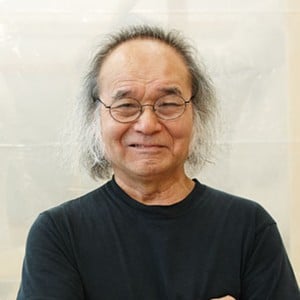 Jun Kaneko, born in Nagoya, Japan in 1942, has followed his own path and continually experiments with the technical aspects of the ceramic medium. His enormous dango forms, which range as high as eleven feet, challenge the physical limitations of the material and the firing process. Kaneko’s most recognized sculptural form is the boldly glazed, monumental dango (Japanese for “rounded form”).

When Kaneko was 21 he expressed his desire to bring his studies beyond strict Japanese art schools to his mentor who reached out around the world to Jerry Rothman, his sole acquaintance in the United States. Alone and knowing no English, Jun arrived in Los Angeles in 1963 to see what he could learn. He studied with Peter Voulkos, Paul Soldner, and Jerry Rothman in California during the time now defined as The Contemporary Ceramics Movement. The following decade, Kaneko taught at various U.S. art schools, including Scripps College, Cranbrook Academy of Art, and Rhode Island School of Design.

Kaneko established (approximately 1987-90) his third studio in Omaha, Nebraska where he primarily works today. It was in Omaha, Nebraska, where he created his first dango. He has worked in several experimental studios including European Ceramic Work Center, Otsuka Omi Ceramic Company, Fabric Workshop, Bullseye Glass and A.S.A.P. He has created large-scale sculptures from at his Omaha Project, at his Fremont Project in California, and at his Mission Clay Project in Kansas.

His prolific roster of diverse work appears in numerous international solo and group exhibitions annually. He designed the sets and costumes for the Opera Omaha’s spring 2006 performance of Giacomo Puccini’s Madame Butterfly.

His work is included in more than 60 museum collections including the Hawaii State Art Museum, the Honolulu Academy of Arts, the Museum of Nebraska Art, Scripps College, and the Smithsonian American Art Museum. He has realized over 25 public art commissions around the world. He has been honored with national, state and organization fellowships and an honorary doctorate from the Royal College of Art in London. 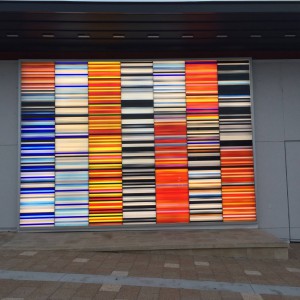