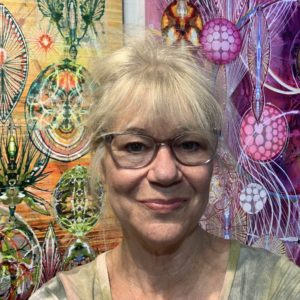 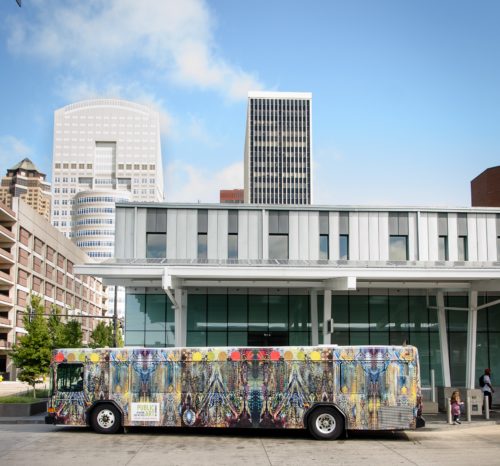 Through its ongoing initiative, Project Spaces, the GDMPAF seeks to place compelling, temporary works of art in highly accessible and visible public spaces. The bus wrap is one of these initiatives and the third of four planned public art bus wraps featuring artists’ one-of-a-kind designs. Each design is a full wrap that covers the exterior of a large transit bus.

“My work is often influenced by the seasons. This work and the imagery reflect my vision of Summer and the changes it brings to the natural world and manufactured world. Plant and animal life flourish with drama, we are faced with volatile weather; extreme heat, torrential rain, tornadoes, yet there’s a lightness that cannot be felt any other time of year.”