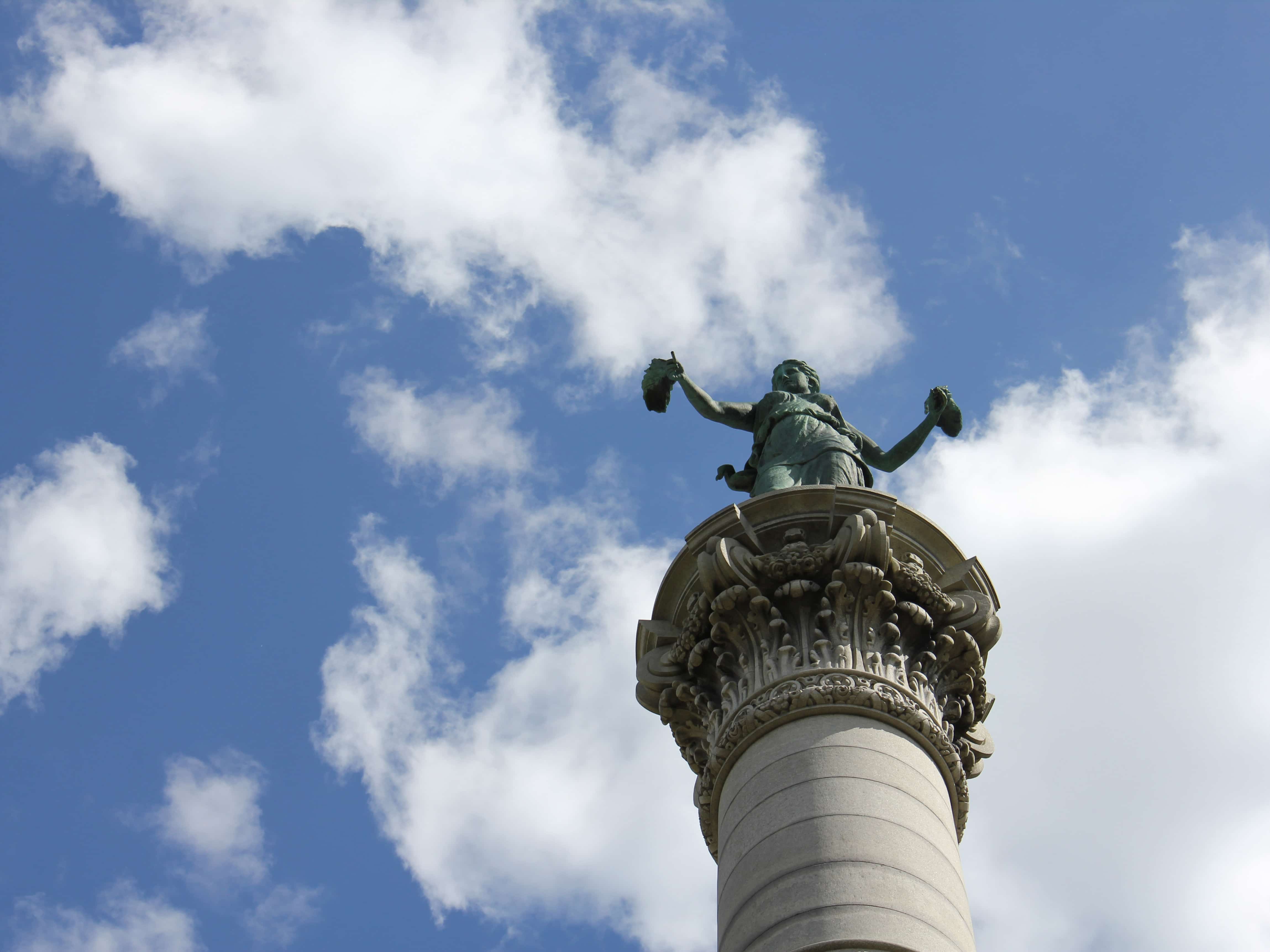 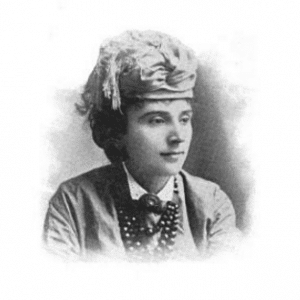 The State of Iowa erected this monument, funded partially by refunded war taxes, to commemorate Iowans who fought during the Civil War. The monument was approved in 1888, the cornerstone was laid in 1894, and the structure was completed two years later. Because a controversy developed over the location and artistic details of the monument, nearly 50 years passed before its dedication in 1945.

Iowa artist Harriet A. Ketcham’s design for the memorial was chosen over 47 others, although she died before the monument was completed. Both real and symbolic figures are portrayed.

“Victory” is the most prominent figure, topping the 135-foot structure. Four equestrians — all Iowa Civil War generals — are depicted: Marcellus M. Crocker, who joined Grant at the siege of Vicksburg; Grenville M. Dodge, who built railroads to support Grant’s army and accompanied Sherman on the “March to the Sea;” Samuel R. Curtis, commander of the Union Army at Pea Ridge; and John M. Corse, who was promoted to brigadier general in 1863, and assigned to the command of the Fourth Division of the Fifteenth Army Corps.

The four soldiers depicted on the upper base represent Iowans who served in different branches of the military during the Civil War: Infantryman Shelby Norman, who, at the age of 18, was the first Iowan killed in battle; Ensign William H.C. Michael, a school teacher turned sailor; Artilleryman Captain Henry H. Griffiths, whose battery never lost a gun throughout the war; and Calvaryman Lt. James Horton, killed while leading a saber charge at the battle of Lovejoy Station.

Nearly 80,000 Civil War military men were from Iowa, the largest number of soldiers per capita of any state participating during the war.

Noted Iowa generals and battle scenes are pictured along the base.

On the north side, a statue portrays Iowa as a mother offering nourishment to her children. To the south, “History” gazes into the future, and “Iowa” is shown as a youngster.