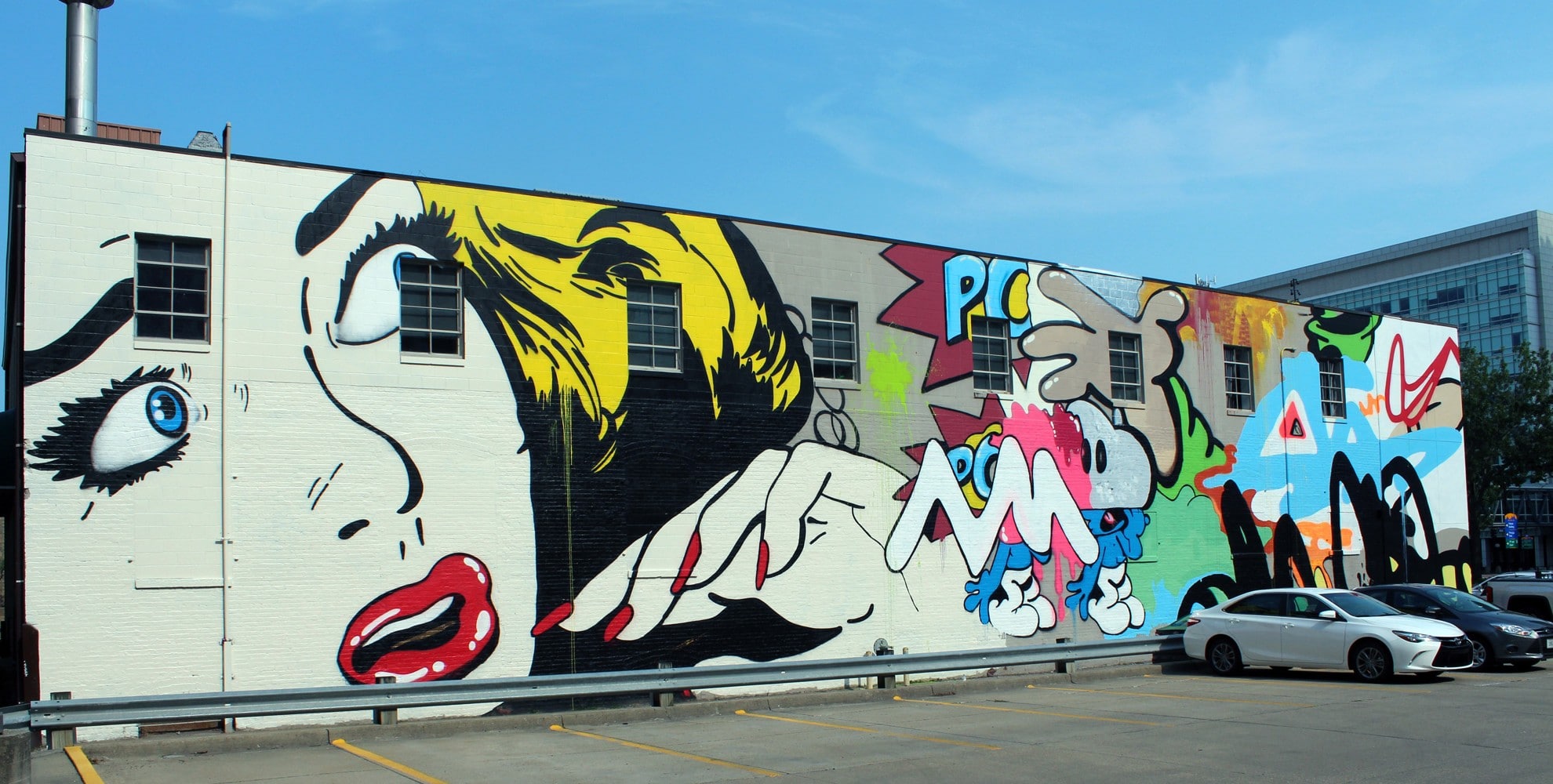 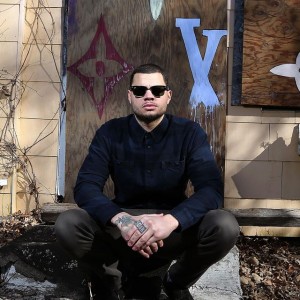 The Des Moines Register art critic Michael Morain reported on August 3, 2015 that Weber, known for politically and socially charged artwork, “spray-paint[ed] black outlines on the two-story, 100-foot long wall, with help from a forklift, a video projector and a few buddies from Minneapolis. …But the new mural’s message is more subtle.

The blonde woman represents “the overall American consumer” or a “more traditional” Des Moines citizen reacting to downtown’s rapid growth. Partially hidden among the graffiti tags are Dopey from Disney’s “Snow White” and a pair of Smurfs, whose woodland habitat is threatened by development.”

“In any city in America, there are murals everywhere. In Oakland, you can’t go two blocks without seeing one,” Weber said, praising downtown Des Moines’ own murals. “Hopefully, in another year or two, we’ll have twice as many…”