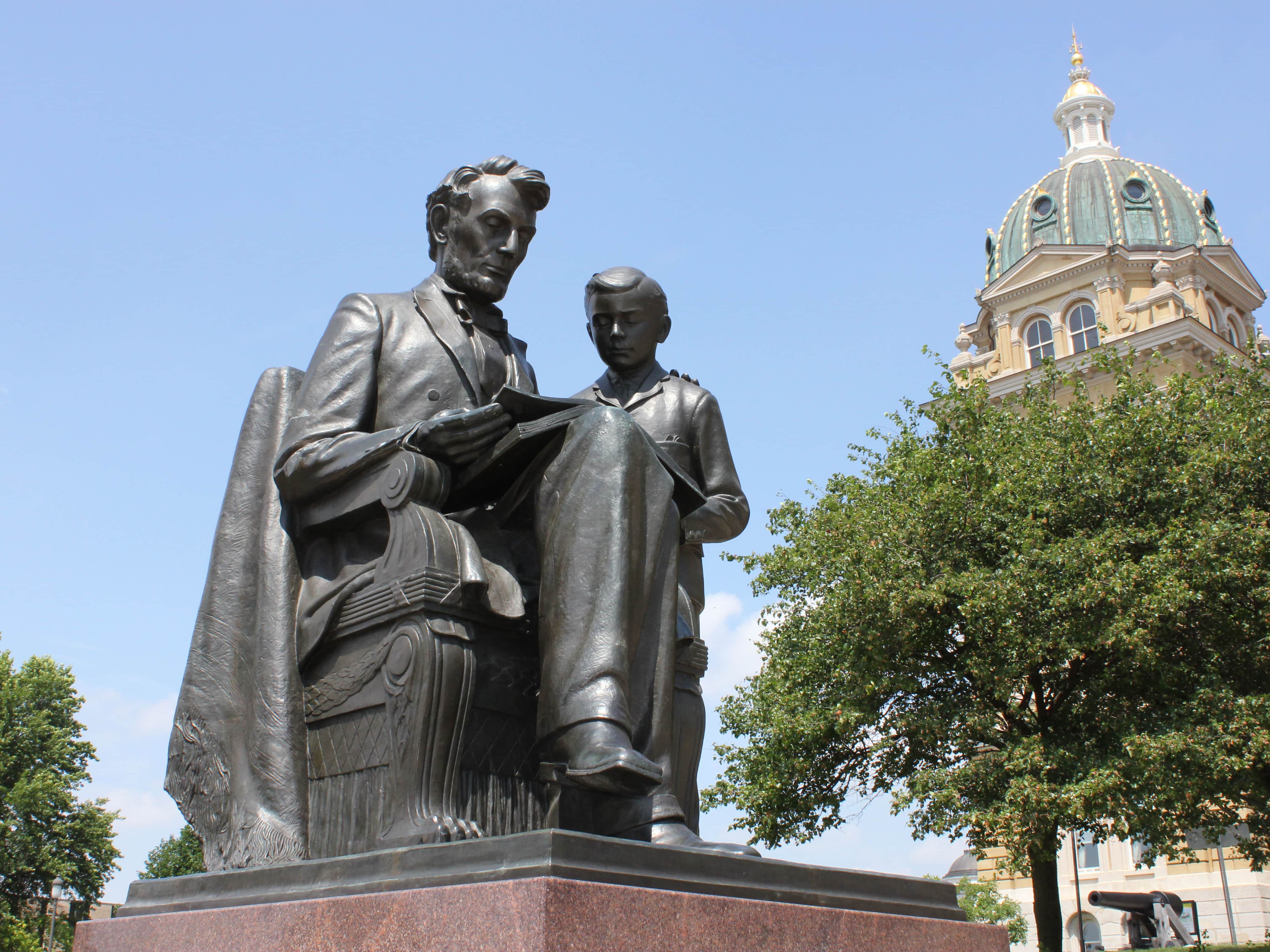 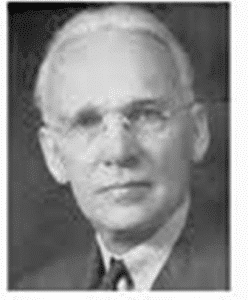 Created by artists Fred Martin and Mabel Landrum Torrey of Des Moines, this sculpture is titled Lincoln and Tad. It was dedicated 19 November 1961 to celebrate the 100th anniversary of the Gettysburg Address.

A unique, bronze work of public art, the Torreys’ Lincoln and Tad is the first sculpture that memorializes  Abraham Lincoln as a father, rather than as president and the Great Emancipator. The sculpture captures a tender moment between President Lincoln and his youngest son Thomas “Tad” (April 4, 1853 – July 15, 1871).

Much has been written about young Tad Lincoln’s playful and energetic years in the White House, including his key role in the tradition of “pardoning turkeys” — now an annual Thanksgiving tradition.

Fred Torrey selected the pose from the famous 1894 photograph, taken during the Civil War, of Lincoln and his son.  Mabel Torrey, who also was Fred’s wife, created the idealized figure of  Tad. Inscribed simply as “Lincoln and Tad,” the statue has been on the grounds west of the Iowa State Capitol building since 1961.

Commissioned by Friends of Lincoln, Inc., the cost of the monument was raised primarily by Iowa school children and a booth at the Iowa State Fair. School children throughout Iowa contributed to the monument’s cost in a statewide penny drive.