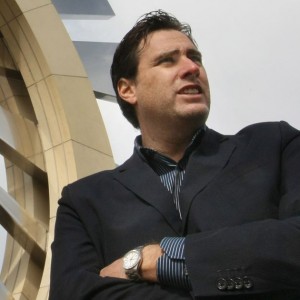 In 2011, ASI Custom Sheet Metal, Inc. was contacted by Des Moines artist, James Ellwanger, to build a life size replica of the Statue of Liberty’s crown to be placed atop of the new Exile Brewing Company restaurant in downtown Des Moines, Iowa. Framed of a steel structure and then cladded in copper, the life sized crown measures approximately 30ft in diameter. It was installed in October 2012. Ellwanger, with an expressed interest in the promotion of Des Moines history and growth, perhaps envisioned the crown as a symbol for Iowa’s historic acceptance of refugee immigrants.

Before we were Americans, we were immigrants–exiles in some respects.

“Everybody who came through Ellis Island,” says Bobby Tursi, whose father immigrated here from Calabria, Italy as a young man, “that was the first thing that they saw was the Statue of Liberty before being processed into the new world.”

The Tursis have celebrated their immigrant heritage through the Latin King restaurant for thirty years, now, but today, they reconnected to Lady Liberty through their new business.

“The Statue of Liberty was known as the Mother of Exiles to the immigrants coming over,” says RJ Tursi, who runs the new Exile Brewing Company at 14th and Walnut in Des Moines.

That’s exactly what it looks like.  A full scale model of her crown.  27 feet across, designed by local sculptor, James Ellwanger.

“One of the owners was down here and I drove by and I just said, “I’ve got an idea for this,” Ellwanger says.

It was hardly a cheap project.–$25,000 in copper alone, weighing 7,000 pounds.  The building needed thousands more in structural work just to support it. But the Tursis loved the idea.

“For me, it was more of a way to awaken this building and really make it a gateway to the art district,” says Amy Tursi.

“This will be something eye catching that people are going to know,” says RJ.

“The general idea is, Lady Liberty walks into Des Moines, removes her crown and places it on the corner of the building.”

“It’s not really that she’s tired,” Bobby Tursi says, “she’s just looking to see what’s going on in the country and she approves of what we’re doing.”

It’s hard to believe that at one time, the Statue in New York harbor gleamed just like this.

“As we were building it,” Ellwanger says, “we thought ‘How cool would this be to keep it raw?’ The same color that the immigrants got to see when they came over for the first time.”

“Once it starts to turn that’s fine, too,” RJ says, “it’ll be neat to watch the evolution of it.”

It could take a special sea salt spray to bring on the iconic green patina, but that’s for the future.  For the present, there is immediate recognition and pop.  And for the past…one that we all share in some way, there is the message behind it: we arrived as exiles and we haven’t forgotten.

“I like the story,” Ellwanger says. “It’s not just a piece sitting on top of a building, there’s a huge momentum of emotion behind it and that’s kind of what you want as an artist.” [end]

Notes on The Statue of Liberty

The Statue of Liberty, whose formal name is “Liberty Enlightening the World,” was dedicated in 1886 by President Grover Cleveland. It was a gift from France, designed by the sculptor Frederic-Auguste Bartholdi to celebrate the 100-year anniversary of the Declaration of Independence. It commemorates the alliance between France and the U.S. during the Revolutionary War.

Lady Liberty’s classic stature, face, and attire come from  Libertas, the Roman goddess of freedom. The crown is reminiscent of a halo and its spikes show similarities to those of the sun gods–the Roman Apollo, and the Greek Helios. The seven spikes on the crown of the statue represent the seven seas and continents of the world.

In early American history, a significant female icon was a representation of Liberty, derived from Libertas, the goddess of freedom widely worshipped in ancient Rome, especially among emancipated slaves.  A Liberty figure adorned most American coins in the late-1800s, and representations of Liberty appeared in public art, including Thomas Crawford’s “Statue of Freedom” (1863) atop the dome of the U.S. Capitol Building in Washington, DC.

To reach the crown of the statue, visitors must climb 354 steps, or the equivalent of 20 floors, up a twisting staircase. At the top, there is a view overlooking New York Harbor.