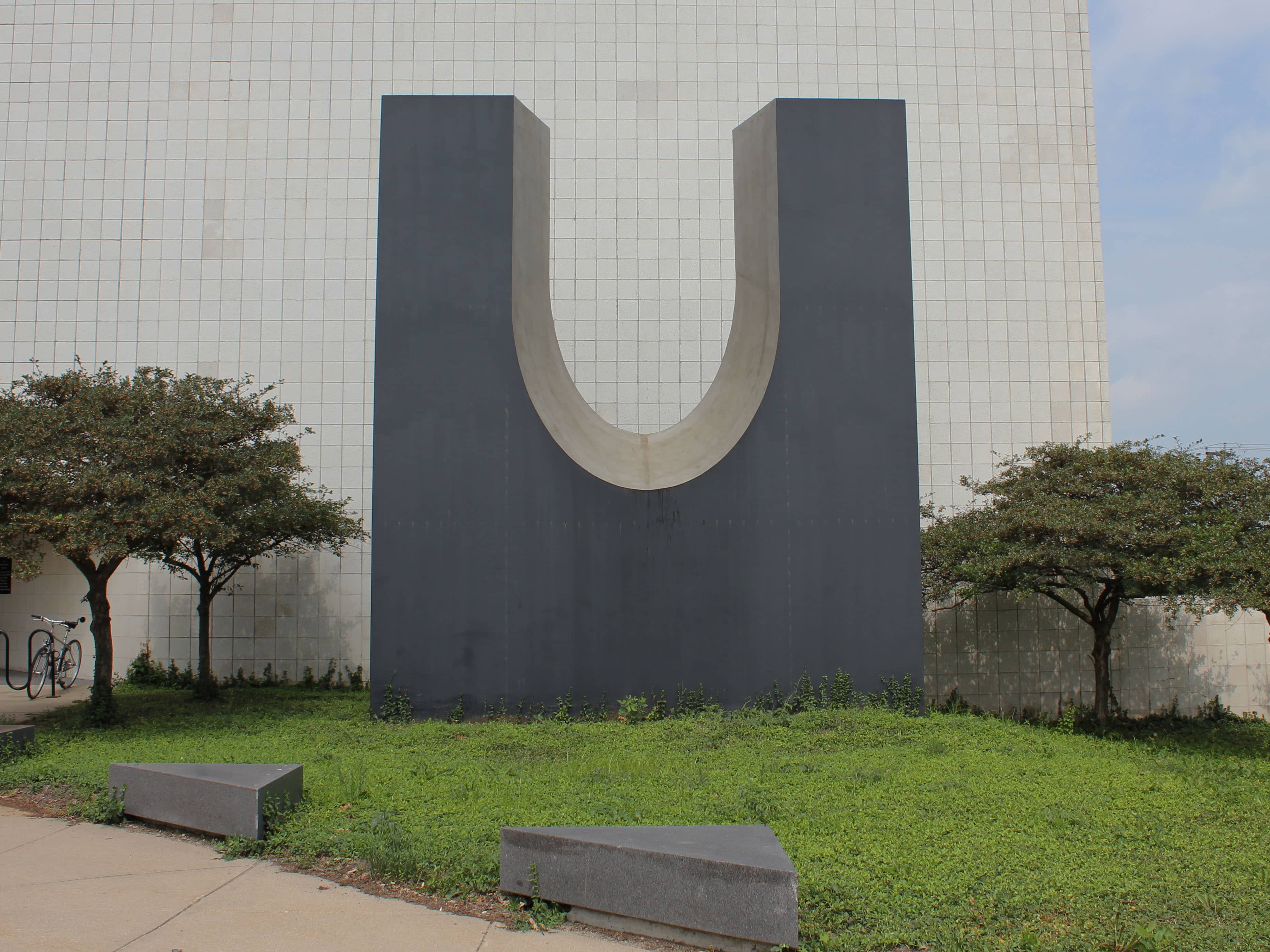 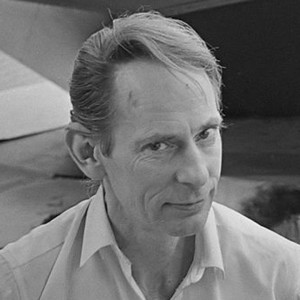 In 1977, a sculpture was commissioned by the State of Iowa for the Department of Agriculture and Land Stewardship in Des Moines.  The commission is Cosmic Seed, a seminal work by American artist Ronald Bladen. Its tensile energy is extracted from the connections between perfect planes, elegant forms, and careful consideration of spaces and voids. An outdoor, monumental sculpture, Cosmic Seed captures the sublime impression of organic growth through abstract means.

The elegant U-shaped surface belies its concealed interior—an ornate system of beams, braces, struts and other structural devices—suggesting an affinity between plant seed coats and their anatomic interiors.

As Cosmic Seed was being installed in 1980, Des Moines Register art critic, Nick Baldwin, described how “the semi-gloss black paint on the exterior sides of the U stand in dramatic juxtaposition to the polished stainless steel surface on the U’s inside.” Baldwin observed that the artist’s objective “was to create a [sculpture] that would gain in clarity and impact through the use of uncluttered wall as a backdrop.” Baldwin also wrote about its precise, geometric form which “harmonizes well with the clean lines of the building.” (Nick Baldwin. “Sculpture is approved for Wallace Building,” in the Des Moines Sunday Register, November 6, 1977, p. 12A)

Since its installation in 1980 at the entrance of the Henry Wallace Building, Cosmic Seed‘s massive countenance has characterized the central importance of the farmer to the local community and its governing institutions. The Wallace Building, named after Iowan Henry A. Wallace, Vice President of the United States (1941–45) and the Secretary of Agriculture (1933–1940), maintains offices for the regulation of agricultural marketing and commodities in the state of Iowa.

Throughout the planning and design process, Bladen acknowledged humanity’s fundamental dependence on agriculture like and its important place at the center of Iowan life and culture. Bladen stressed that his work’s relationship to agriculture was allegorical, saying, “it has meaning and value. In the same way we cannot survive without agriculture, we cannot survive without culture.” In other words, although Cosmic Seed may not physically resemble the object indicated in its title, the artist nevertheless sees the value of art, as symbolized by his sculpture, to be analogous to the value of seeds that Iowans plant to grow the food that feeds the world.