Peter Chinni has enjoyed a distinguished career that began in the 1950’s and spans two continents. Born to Calabrian immigrant parents in Mount Kisco, New York in 1928, Chinni studied at the Art Students League in New York where he caught the attention of the great Italian critic and art historian, Lionello Venturi. With Venturi’s endorsement, he attended the Accademia di Belle Arti in Rome, studying painting and portraiture. In 1949, he left the Accademia to study privately with painter Felice Casorati in Turin and later with the cubist sculptor Roberto Melli in Rome.During the 1960’s in New York, Chinni developed a powerful and richly expressive approach to three-dimensional abstraction, concentrating on an elemental language of essential forms.

Chinni was honored by the Shah of Iran with a solo show on the Island of Kish in 1974. He continued his success with exhibitions at the Musee’ d’Ixelle in Brussels, the Beeckestijn Museum in Holland, and the Bouma Gallerie in Amsterdam. He has important pieces in the Rockefeller Collection, the Hirshhorn Museum, the Whitney Museum of American Art, and the Smithsonian Institute. 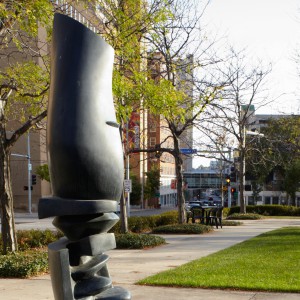