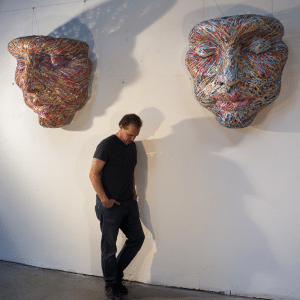 Michael Stutz was born in Chattanooga, Tennessee. After receiving his BFA from the University of Tennessee at Knoxville, he attended Ulster Polytechnic in Belfast, Northern Ireland. Stutz later moved to New Orleans where he created his first sculpture designing and building large figures for the Mardi Gras parade. After three years, he moved to San Francisco and worked as a display artist and prop builder for the film and fashion industry.

He began his journey as a public artist creating temporary recycled cardboard installations. His first permanent public sculpture, “Pneumatic Dreamer,” was for the W Hotel adjacent to the San Francisco Museum of Modern Art.

Since then, he has completed a number of public commissions in cities throughout the US including Portland, OR, Texas Tech University in Lubbock, TX and Salt Lake City, UT. Additional public art projects are in Jacksonville, FL, Richmond, VA, as well as San Jose and Ventura, CA . 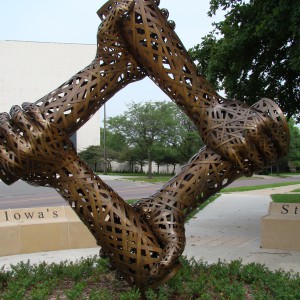