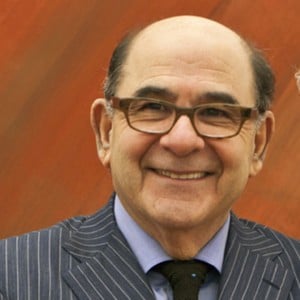 Joel Shapiro is an American sculptor renowned for his dynamic work composed of simple rectangular shapes. Known for his sculptures which are often weightless and spindly, with forms held in an uneasy balance. He has become one of the most widely exhibited American sculptors, and he has spent decades patiently exploring a geometrical sculptural language that sits almost precisely at the intersection of abstraction and figuration.

Shapiro grew up in New York and holds both a bachelor’s and a master’s degree from New York University. From 1965 to 1967 he served in India in the Peace Corps. Shapiro first came to widespread public attention in the early 1970s at a time when it seemed sculpture needed to redefine itself after the Minimalist and Conceptual extremes of high modernism. His small, simplified, representational sculptures of everyday objects such as houses, chairs, and ladders struck an immediate sympathetic note, and he had his first solo show in 1970.

He was among the first artists to exhibit in SoHo, in lower Manhattan, where he was associated with the Paula Cooper Gallery. His work was exhibited in a solo show at Chicago’s Museum of Contemporary Art in 1976, at the Venice Biennial in 1976 and 1980, and at Documenta in 1977, and by 1982 he’d had his first survey at the Whitney Museum of American Art.

Shapiro was elected to the Swedish Royal Academy of Art in 1994, and the American Academy of Arts and Letters in 1998. In 2005, France awarded Shapiro the Chevalier dans l’Ordre des Arts and des Lettres. Shapiro’s work is included in numerous public and private collections worldwide. Also, he honored with the Outstanding Contribution to the Arts Award as part of the 2013 National Arts Awards hosted by Americans for the Arts. 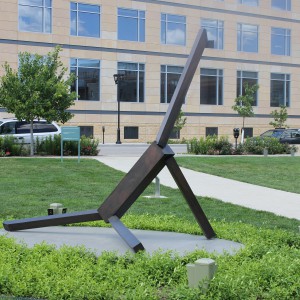 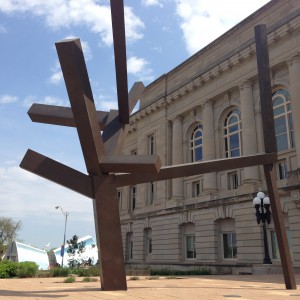