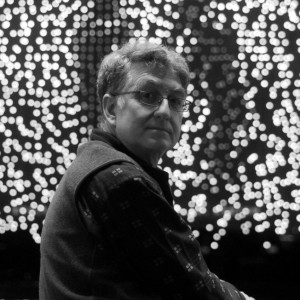 Jim Campbell, born 1956 in Chicago, Illinois, is a contemporary San Francisco based artist who primarily works with LED light installations. Campbell began his artistic career in filmmaking but switched to electronic sculpture in 1990 and started making his iconic LED matrix works in 2000.

His work combines film, light emitting diodes (LEDs) and sculptural elements, while he pushes the limits of perception and explores the line between representation and abstraction. Rather than working with highly defined images, Campbell, who has degrees from MIT in both mathematics and electrical engineering, eschews clarity in favor of interpretive possibility.

He leaves it to viewers to fill in the gaps left in his work, allowing them to personalize it to an unusual degree. He has emerged as a leading figure in new media arts. 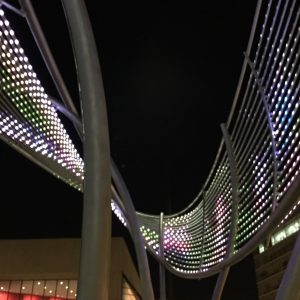