Born in France in 1960, Eric Jean-Marie was schooled in technical metalwork with a focus on Asian arts and antiques. Inspired by a tour throughout Asia and intensive martial arts study, his early works embrace Zen tenets of minimalism and symmetry. In perhaps Jean-Marie’s “second wave”, he arrived in New York in 1988. While preserving the Zen motif of energy and release, weight and mass replaced the loftier mural structures of his former pieces.

The new series was recently inspiration and source material for a feature film-NICK AND JANE- released in November 1997. The central character, a metal sculptor, was partially based on the works of Jean-Marie. His actual studio and sculptures featured as the backdrop for the film. Jean-Marie has also designed a line of functional sculpture related to his industrial structural style. Original pieces from the collection have been acquired by La Guardia Airport and Manhattan venues such as The Room, The Otheroom, Fat Boy Saloon, Primal Light Studio, K Lounge, in addition to several private collections. 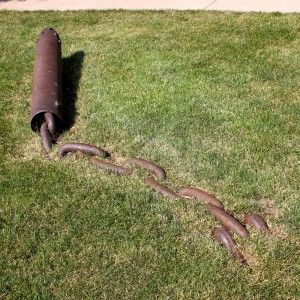