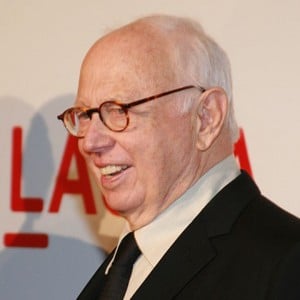 Ellsworth Kelly was born in 1923 in Newburgh, New York. He studied at Pratt Institute, Brooklyn. After military service, he attended the School of the Museum of Fine Arts, Boston, from 1946 to 1948. The following year, Kelly went to France and enrolled at the École des Beaux-Arts in Paris under the GI Bill. In France, he discovered Romanesque art and architecture, and Byzantine art. He was also introduced to Surrealism, which led him to experiment with automatic drawing and geometric abstraction.

In 1954 Kelly moved back to the New York City. He progressed from wood relief panels to large painted canvases, which juxtaposed blocks of single, flat colors with silhouetted shapes, abstracted from organic forms. By the late 1950s Kelly had an international reputation. While his painting stressed shape and planar masses, his sculpture was insistently two-dimensional.

In 1970 Kelly left the city to live in upstate New York. Having gone through a period of rectilinear geometry in his painting, he began again to employ curves in two-color paintings made of separate panels and in sculptures in a subtle homage to his new pastoral surroundings. In another response to his new environment, in 1973 Kelly began regularly making large-scale outdoor sculpture, often in totem-like configurations. He used steel, aluminum, stainless steel and in the 1980s, bronze. In these he was not concerned with color, except for that of the material itself in order to stress shape and give the pieces consistency and easier maintenance.

He has executed many public commissions, including a mural for UNESCO in Paris in 1969, a sculpture for the city of Barcelona in 1978, and a memorial for the United States Holocaust Memorial Museum, Washington, D.C., in 1993.

Kelly’s extensive work has been recognized in numerous retrospective exhibitions, including a sculpture exhibition at the Whitney Museum of American Art, New York in 1982 and a career retrospective in 1996 organized by the Solomon R. Guggenheim Museum, New York, which traveled to the Museum of Contemporary Art in Los Angeles, the Tate Gallery in London, and the Haus der Kunst in Munich. Since then, the public has seen solo exhibitions of Kelly’s work at the Metropolitan Museum of Art in New York (1998), Fogg Art Museum in Cambridge (1999), San Francisco Museum of Modern Art (2002), Philadelphia Museum of Art (2007), and Museum of Modern Art in New York (2007). 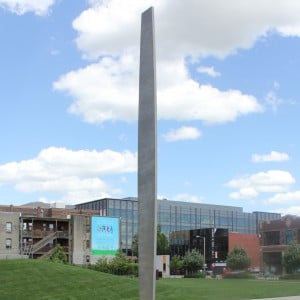