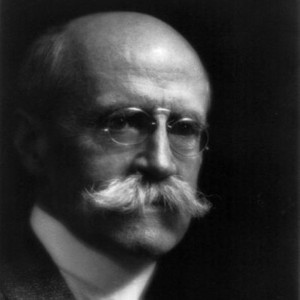 Edwin Howland Blashfield was born in Brooklyn, New York and groomed for a career in engineering. He was the son of Eliza Dodd Blashfield, an amateur portrait painter who nurtured her son’s early interest in art. His father, however, preferred that he pursue a career as an engineer. After attending Boston Latin School, Blashfield enrolled at the Massachusetts Institute of Technology, where he was able to develop his expertise as a draftsman. Determined to become an artist, he went on spend three months studying under Thomas Johnson, a pupil of the Barbizon painter, William Morris Hunt.

In 1867, Blashfield traveled to Paris, intending to study under Gérôme at the Ecole des Beaux-Arts—but was advised by Gérôme to study with Leon Bonnat. During this formative period, he was also inspired by the painters William-Adolphe Bouguereau and Puvis de Chavannes.

He began exhibiting his work at the Paris Salon and at the Royal Academy in London during the 1870s. He rose to prominence as a muralist during the “American Renaissance,” the period between the 1893 World’s Columbian Exposition and the United States’ entry into World War I. His public commissions took the form of triumphal, classicizing allegories.

Blashfield’s monumental work can be viewed in courthouses, state capitols, churches, universities, museums, and other places across the United States. New scholarship highlights Blashfield’s contributions to the beauty of civic spaces and his lasting influence on public art in America. 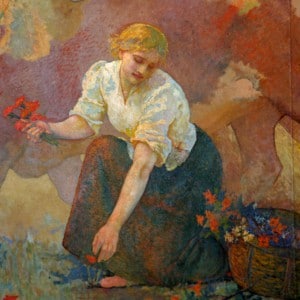