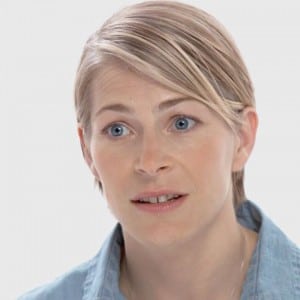 Anna Gaskell was born in Des Moines, Iowa, on October 22, 1969. She studied at Bennington College for two years before attending the Art Institute of Chicago, where she received a BFA in 1992; she received an MFA from Yale University in 1995.—— —Gaskell’s early photographs were self-portraits, but she soon began photographing girls as they collectively acted out stories, often embodying characters reminiscent of Alice from “Alice in Wonderland.” In her “wonder” (1996–97) and “override” (1997) series, groups of girls dressed in matching uniforms are shown in ambiguous and ominous situations. Her series “hide” (1998) evokes a Brothers Grimm tale of a young woman who disguises herself under an animal pelt so that she might escape her own father’s proposal of marriage; Gaskell set this story in a gothic mansion illuminated by candlelight.

Recently, she has been incorporating the history of specific sites into her works’ narratives; in the photographs and short film that comprise “half life” (2002), for example, the artist portrayed the former residence of Dominique de Menil as a sort of haunted house. In her recent video, “Acting Lessons” (2007), the artist adopted a mundane living room as the setting for her portrayal of emotional power struggles. The video’s monologue presented by the protagonist—an actress played by Gaskell herself—is continuously interrupted, edited, and tempered by an off-screen acting coach.—— —Gaskell’s first solo exhibition was at Casey Kaplan Gallery in New York in 1997; she has since exhibited at the Museum of Contemporary Art in Miami (1998), White Cube in London (1999 and 2002), Aspen Art Museum in Aspen, Colorado (2000), Castello di Rivoli in Rivoli, Italy (2001), the Menil Collection in Houston (2002), Art Unlimited in Basel (2005), and The Box at the Wexner Center for the Arts in Columbus, Ohio (2007). She has also participated in Sightings at the Institute of Contemporary Arts in London (1998), Photography Past/Forward: Aperture at 50 at Burden Gallery in New York (2002), Moving Pictures at the Solomon R. Guggenheim Museum and Guggenheim Museum Bilbao (2002–03), and Global Feminisms at the Brooklyn Museum (2007). ———She received the Citibank Private Bank Photography Prize in 2000 and a Nancy Graves Foundation grant in 2002. She lives and works in New York. 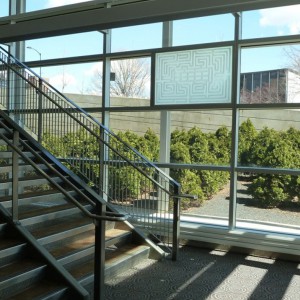