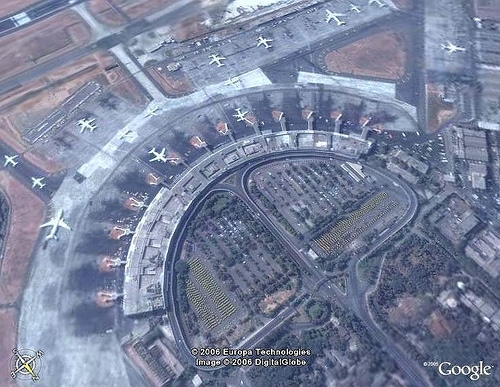 The following excerpt is from an interesting column by Anupa Mehta, arts consultant and promoter of young art initiatives in Mumbai (formerly Bombay), India.

“Airports are the new shrines of public art. Where else would you get so many footfalls?” As curator of the much talked about art program for Mumbai’s spanking new airport, Rajeev Sethi has plans to use the city as a point of departure, or arrival as it were, to inspire Indian contemporary painters/sculptors to create specially commissioned art works, striking in size and visual impact.

Expected to be unveiled in 2013, the art programme for Mumbai’s T2 is gigantic to say the least. Sethi’s vision trawls mammoth commissioned art works and interventions on thousands of painstakingly collected traditional art/craft objects. The plan is to install these over almost one and half kilometres of slot wall space, adjoining endless corridors of travelators and other standalone display areas. 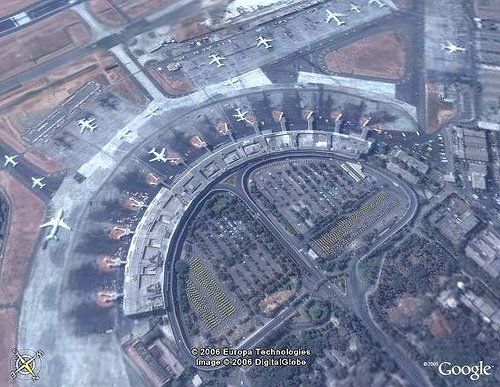 …In keeping with global public art policy, public spaces in India, including airports, are now integrating art within their premises. …Mumbai’s upcoming terminals will certainly set the city afire with a riot of colours, if the animated presentations are anything to go by. Possibly, other city spaces under as progressive managements will also get themselves a visual facelift. Schools, colleges, hospitals, parks, office buildings… the potential for public spaces to become repositories for culture is immense.

Consider the fact that sometime ago, Denver airport had a flash mob appear, do their thing and disappear. The event was billed as an activity under the art and culture programme of Denver airport. If something like that had to happen anywhere in India, we’d have pandemonium, understandably, given security issues. But it’s an instance of how the idea of public art is now expanding its boundaries to include the fleeting, the experiential and the ephemeral.

…Sethi’s focus remains on the contemplative, on building in ‘moments of silence’. An aspect which is integral to art and art making.

Public Art "Sails" Benefit City
Temporary Public Art: "...a rose by any other name would smell as sweet"