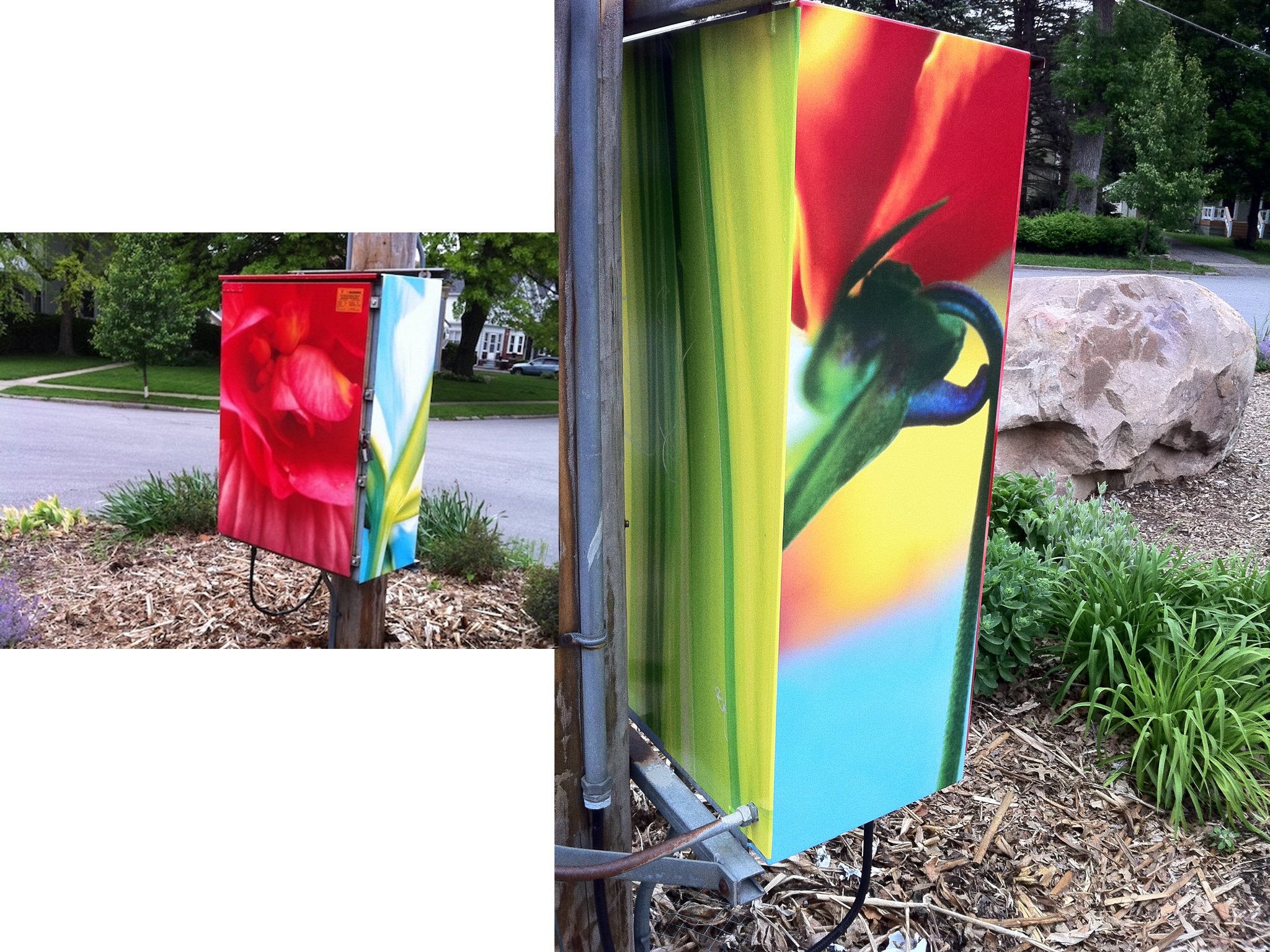 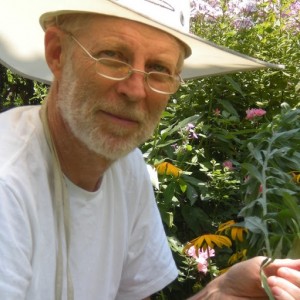 In May 2012, the Ingersoll Park Neighborhood embarked upon a public art project. Mark Kane, former Garden Editor of Better Homes and Gardens and Ingersoll neighbor, explained, “Here’s the story. A group of neighbors came together and converted the traffic circle at 44th and Harwood into a garden. Today it looks great and serves to inspire other neighborhood associations.” In late summer 2011, Kane proposed that his neighborhood “add art to the garden and went to the Greater Des Moines Public Art Foundation to proposed the idea.” Once the Public Art Foundation approved the design project, it then advanced the process by securing permission from Des Moines Water Works to wrap the design around its telemetry box located on the traffic circle. Neighborhood funds were leveraged, graphic design services donated, and Beeline+Blue, the company which printed and installed the dramatic images, made a contribution. The neighborhood and Water Works were impressed. “Today, the utility box signals to drivers, joggers, walkers, everyone who passes, that the circle is a special place, slow down, take a look,” boasted Kane. The Ingersoll Neighborhood utility box is the second box to be wrapped in Des Moines, the prototype was completed in March 2011 at Polk Boulevard and University Avenue. 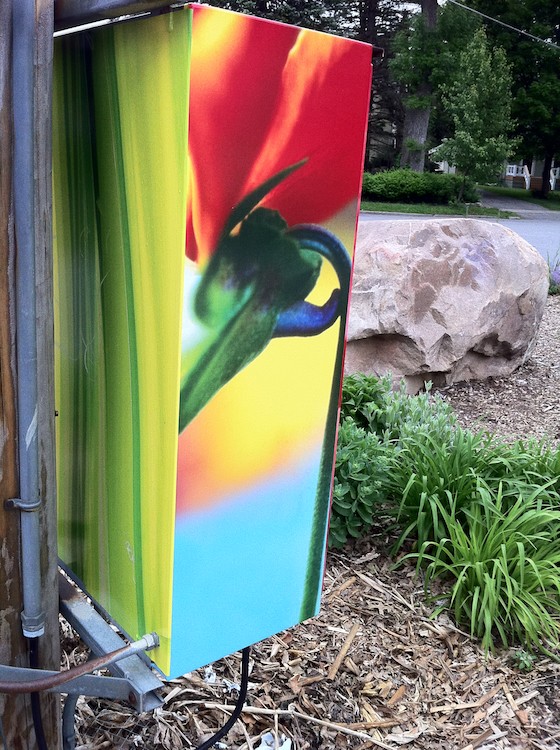