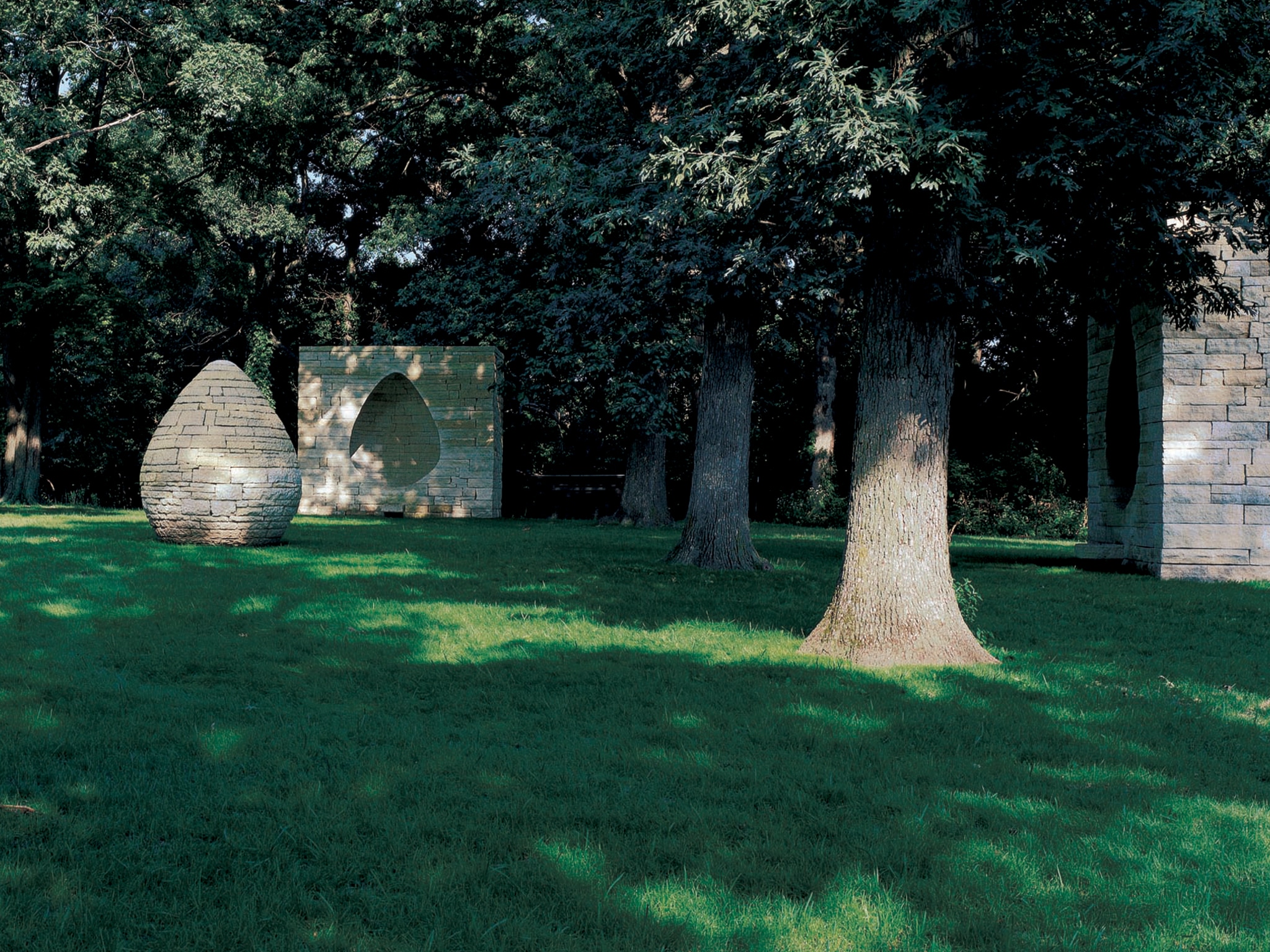 “Three Cairns” is the largest project in the Western Hemisphere by British artist Andy Goldsworthy. Cairns are stone structures [or markers] that identify a place of great importance. Their dry-stone construction represents an engineering feat as well as artistic creativity. The process of shaping and stacking the stones into a simple oval shape is challenging and intense. The form symbolizes fullness and ripeness, time and energy, loss and endurance. Goldsworthy relays this concept in the “Three Cairns” project that was constructed in the United States from 2001 to 2002.

The Midwest, and its association with the two coasts, fascinated Goldsworthy. He pictured an imaginary line that branched out from the Midwest and cut across the entire continent. At each point, West coast, East coast, and Midwest, he built an Iowa limestone cairn that marked a certain place of significance. Goldsworthy chose to structure cairns for what they have always represented. Goldsworthy first began constructing the East Coast Cairn on November 2, 2001. It was built outside of the Neuberger Museum of Art in New York, where neither Goldsworthy nor his assistants were ready for the experience or allegorical influence of the “Three Cairns.” Life, death, and regeneration, the underlying principles of Goldsworthy’s art, took on profound and unexpected new meaning with the unimaginable events of September 11, 2001. The West Coast Cairn was constructed outside of the San Diego Museum of Contemporary Art in La Jolla, California.

The limestone’s history, though from Iowa, dates back so far that it sustains fossilized remains of oceanic creatures. This connection of life through time intrigued Goldsworthy, especially since the rock was originally excavated in the Midwest, very far from the oceanic scene of California. Lastly, the Midwest Cairn was built in Greenwood Park behind the Des Moines Art Center in 2002. The sculpture, being the center of the continent-wide piece, consists of three massive block-like walls positioned to the east, west and south of the middle cairn. The project was initiated by the Des Moines Art Center and organized in collaboration with the Museum of Contemporary Art, San Diego and the Neuberger Museum of Art, Purchase, New York.