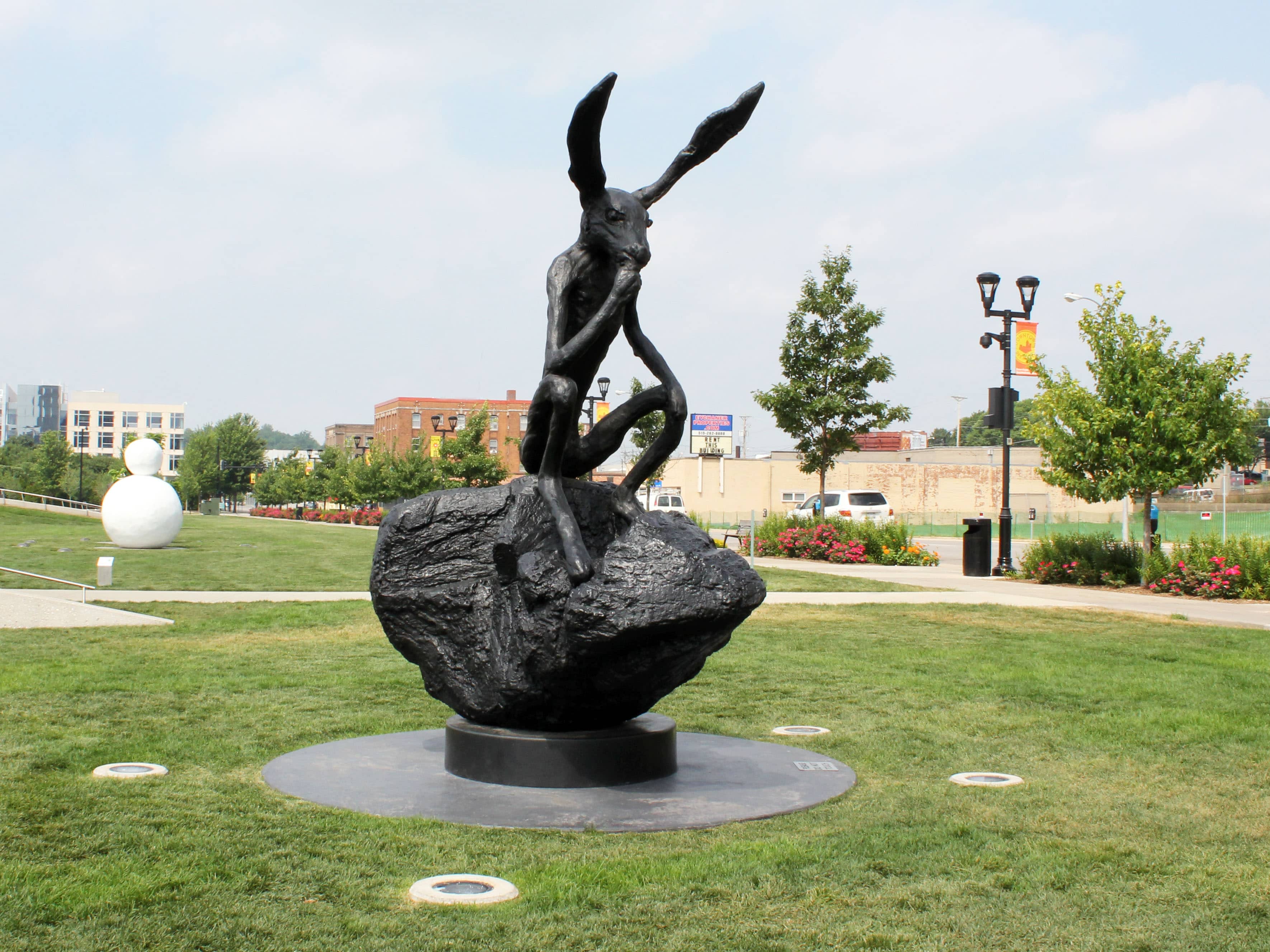 Thinker on a Rock

In “Thinker on a Rock” the artist substitutes his signature hare for Rodin’s Thinker (1880), making a witty and irreverent reference to one of the world’s best-known sculptures. Other Barry Flanagan statues of “Thinker on a Rock” are located in Utrecht, Netherlands and in Washington, D.C. in the National Gallery of Art Sculpture Garden.

The hare, Flanagan said, "is rich and expressive," carrying with it "the conventions of the cartoon and the investment of human attributes into the animal world", both of which are "very well practiced devices in literature and film... If you consider what conveys situation and meaning and feeling in a human figure, the range of expression is, in fact, far more limited than the device of investing an animal – a hare especially – with the expressive attributes of a human being. The ears, for instance, are really able to convey far more than a squint in an eye of a figure or a grimace on the face of a model.” Barry Flanagan