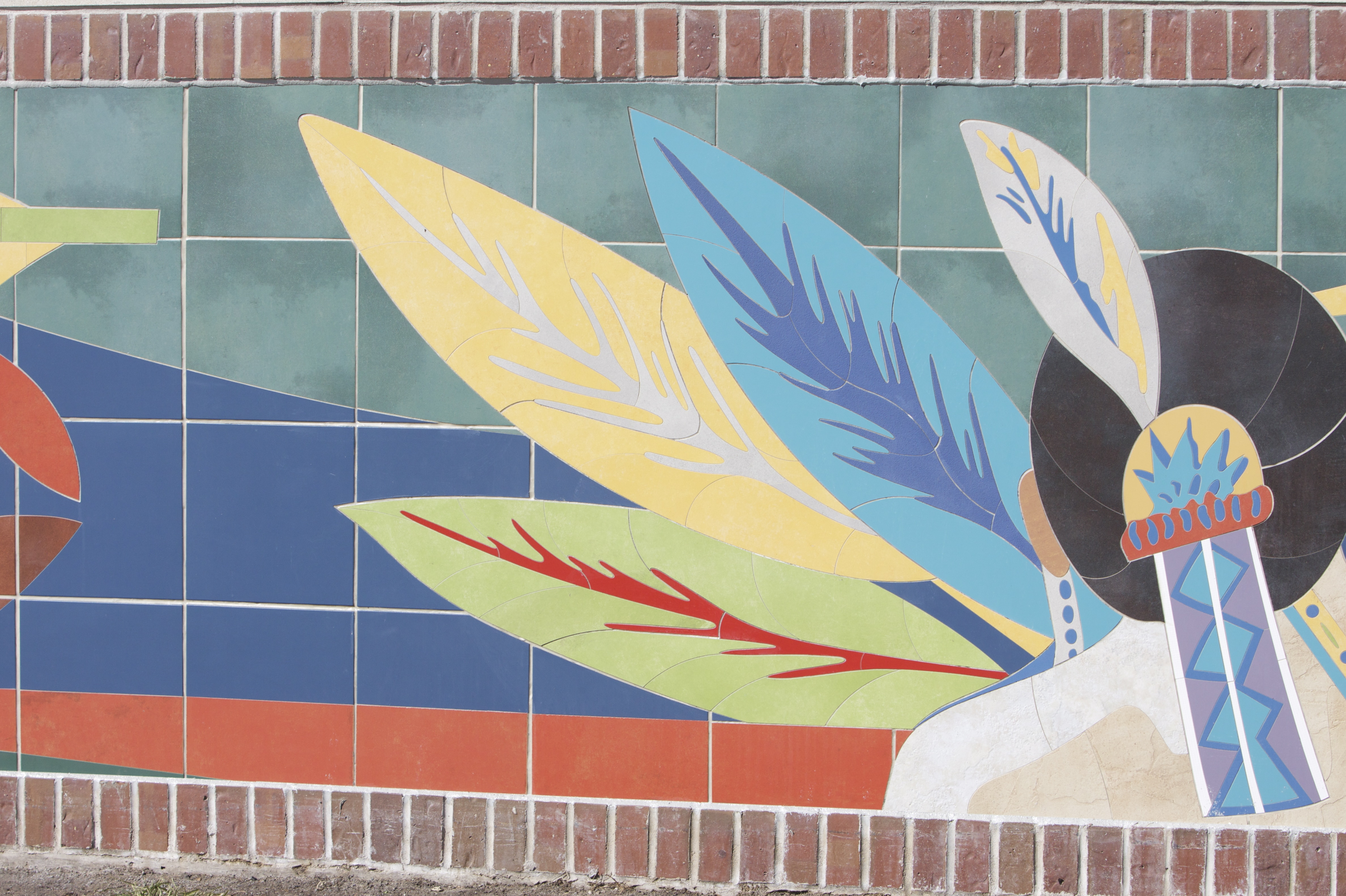 The Birth Place of Des Moines

The porcelain tile mural, 34 feet by 4 feet, is a pictorial timeline of the history of Des Moines and marks the area’s first non-Native American settlement of 1843. The mural is built into the brick wall near a 1840s log cabin on the west bank of the Des Moines River, north of its confluence with the Raccoon River−the birthplace of Iowa’s Capitol. Today, this location is known as Principal Park. More than 500 pieces of tile form the mosaic mural, which depicts American Indian life, the first white settler, various symbols and the future. The theme of the mural spans native American history and the highways and bridges of today; the wild rose and oak leaves are both Iowa symbols. The area is near where Captain James Allen and 50 other soldiers pulled ashore on May 20, 1843, to begin building a fort. The fort was built to control the Sauk and Meskwaki Indians, who had been transplanted to the area from their traditional lands in eastern Iowa. Fort Des Moines was a small collection of log buildings, most of which were replaced soon after the city of Des Moines was established in 1846.

The river is a unit[ing] theme because Des Moines was built right at the confluence of the Des Moines and the Raccoon rivers, so it's a uniting line that combines all the elements," said artist Hilde DeBruyne.