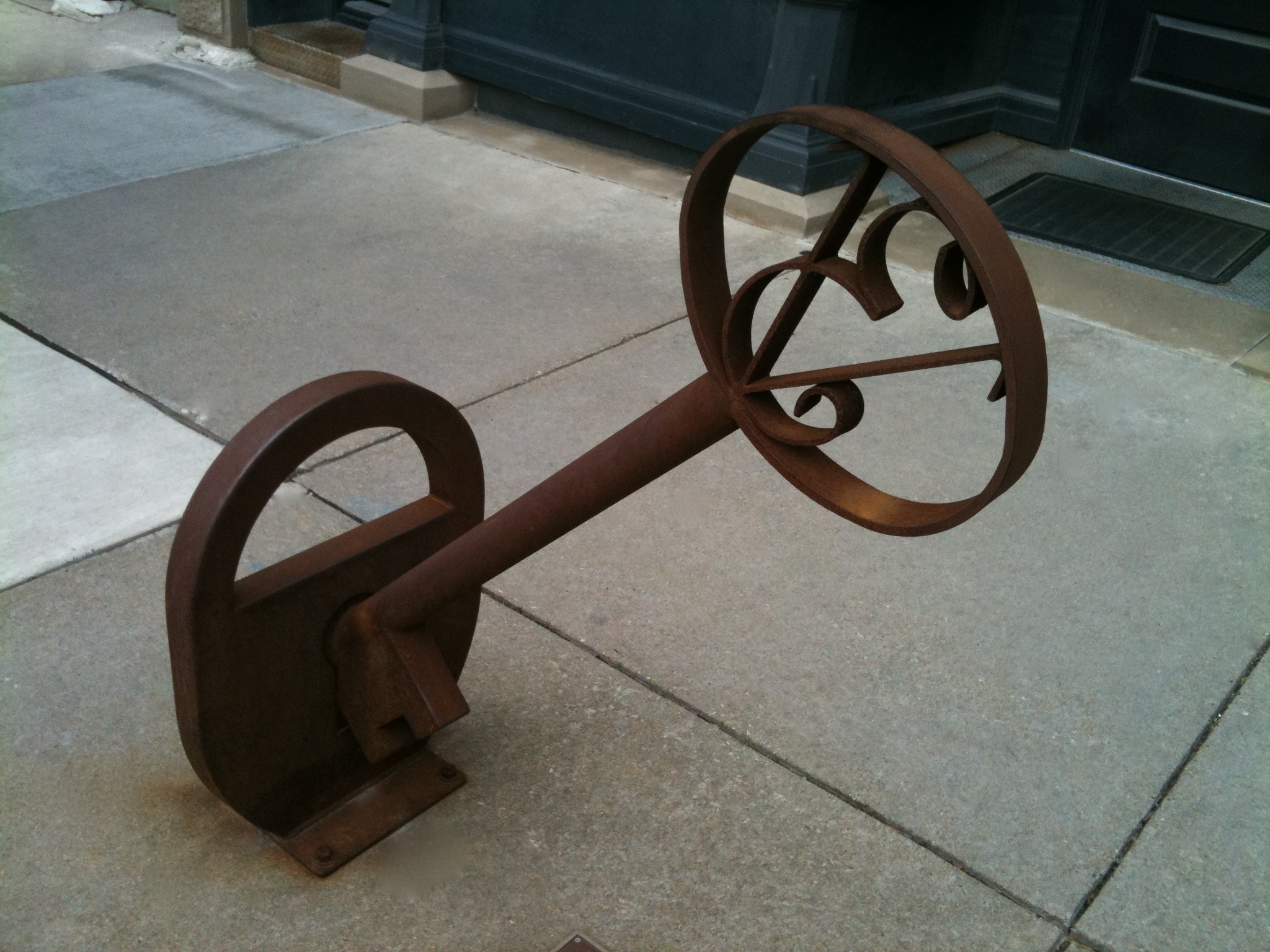 The East Village “Rack-n-Roll Project” was funded in part and guided by the Greater Des Moines Public Art Foundation. The project was an open competition, resulting in over 20 entries from Iowa artists. The bicycle “art racks” are functional pieces that serve the dual purpose of securing bicycles while introducing public art into the East Village streetscape. The bicycle art racks are in eight separate locations east of the Des Moines River, along East Locust Street and East Grand Avenue. The submissions were reviewed by an experienced panel of judges who made final recommendations based on pre-determined criteria and quality of the artist’s work.

As a result, Iowa artists were commissioned to create these bike rack sculptures for installation throughout the historic East Village. The sculptures were unveiled during “Bike to Work Week,” which took place during spring 2006. The Greater Des Moines Public Art Foundation was pleased to assist the Historic East Village, Inc. by helping to select the artists and provide one-half of the $2,000 stipends paid to each commissioned artist.