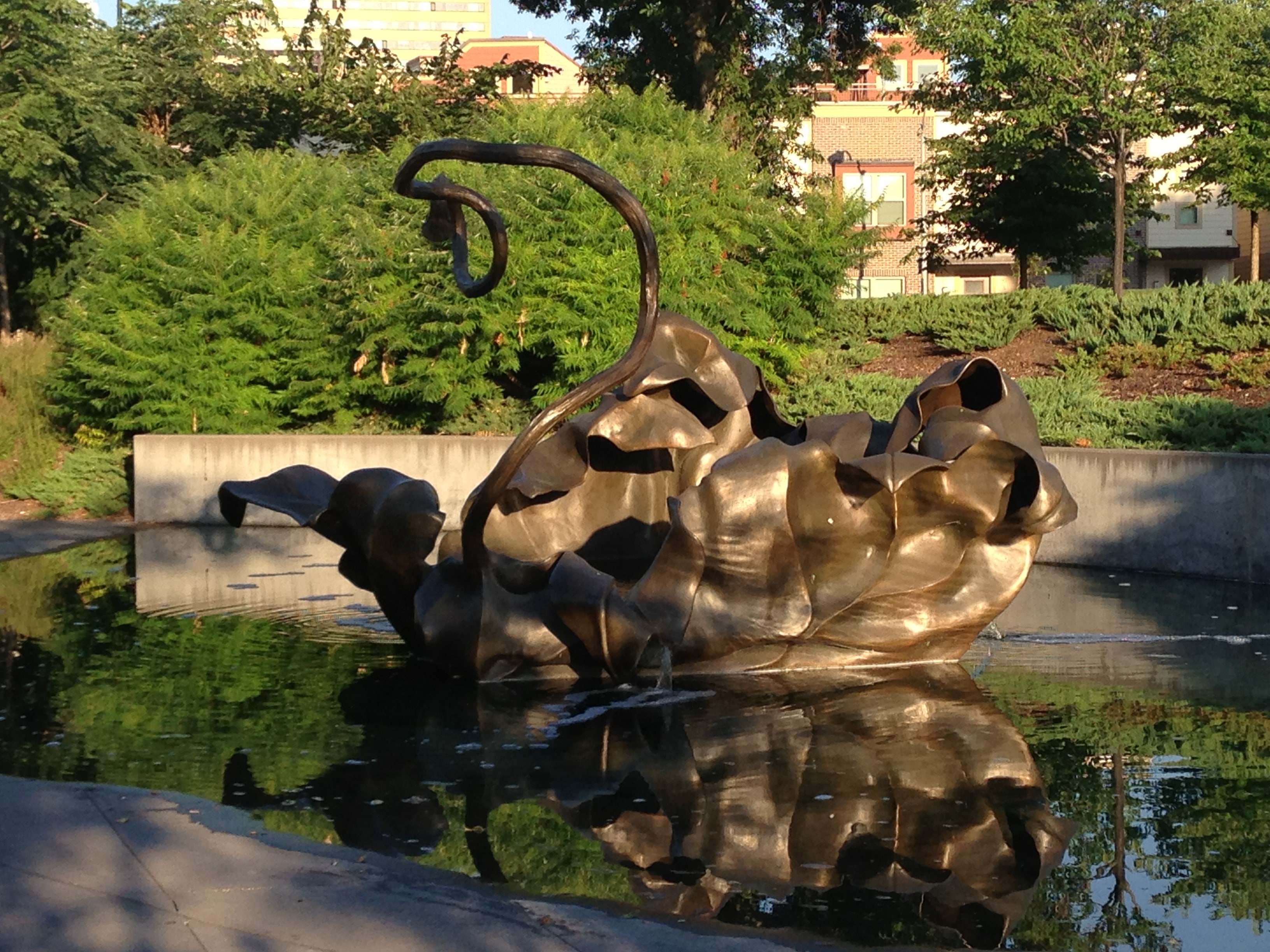 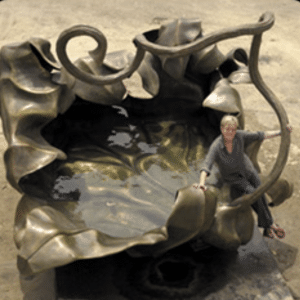 Quantum Leaf, about 15 feet in diameter and 11 feet in height and signed in the bronze “S PETTUS 2005”, looks like an oversized dying leaf with its edges curled. The sculpture was created as a fountain with water pouring from the leaf-form into a shallow circular pond.

This public art project borders Grand Avenue, at the south edge of a small, irregular piece of land. It was sponsored by the Hansen Company, Inc. and is located just west of The Principal Riverwalk along the western banks of the Des Moines River. Today, this public space, called the Hansen Triangle Park, provides greenery in an urban area and a place to sit and relax outdoors that is freely accessible to citizens and visitors.

The title Quantum Leaf is a play on the phrase “quantum leap.”

Quantum leap, or “quantum jump,” is an abrupt transition of a system described by quantum mechanics from one of its discrete states to another, as when an electron jumps physically from one quantum state (electron cloud) to another, resulting in an abrupt change in the energy level.

"The abstract concept is about regeneration," Pettus said. "The leaf falls from a tree. It could land on water and die, and then the cycle of life begins again."