In addition to artist Judith Shea’s articulate comments — accessed from the audio link — an insight into this artwork is provided from examining “Study for Balzac’s Dressing Gown” by Auguste Rodin (French, 1840-1917) in the Collection of the Musee Rodin in Paris, France. For his controversial “Monument to Balzac” (1891-98), Rodin made a study of the garment by draping it over a statue and daubing it with plaster to obtain the desired form. Rodin’s garment embodies a missing silhouette, incarnating the novelist Balzac’s strength and creative genius. Rodin’s dressing gown also alludes to one of the myths surrounding Balzac’s life: wakened in the night by sudden inspiration, the writer is said to have hastily thrown it on. 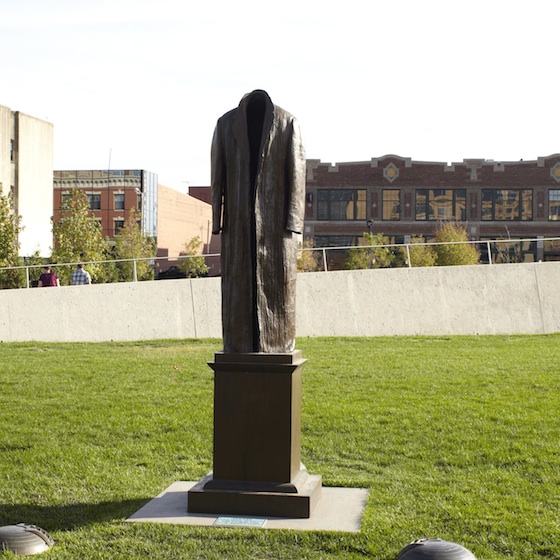