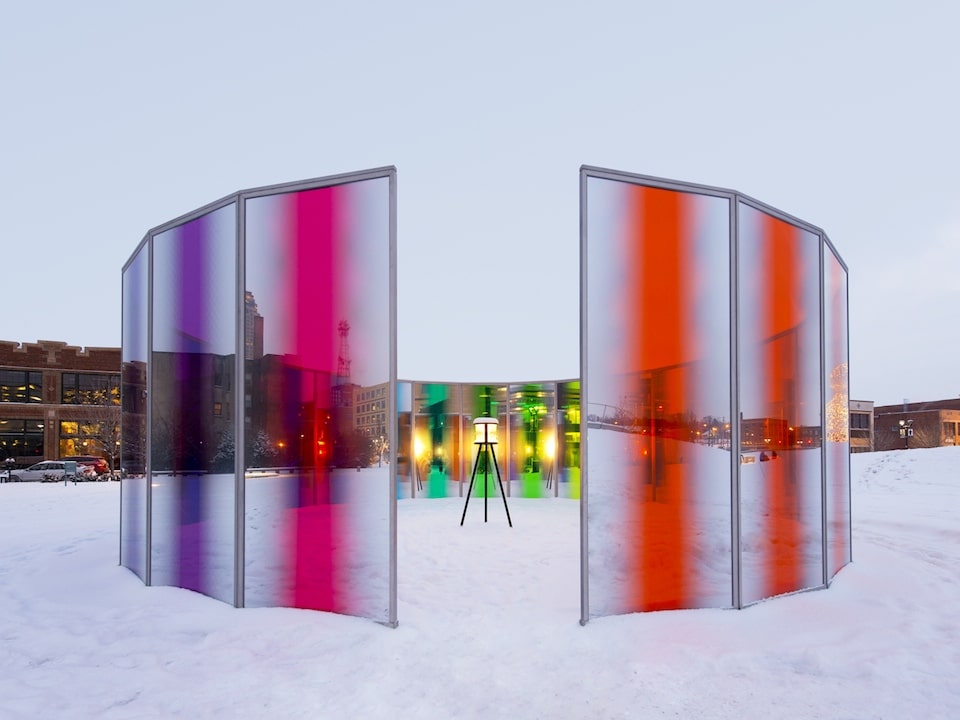 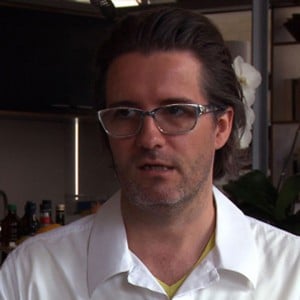 Panoramic awareness pavilion (2013), was commissioned for the John and Mary Pappajohn Sculpture Park in Des Moines, Iowa. It is at once a large-scale light sculpture, which demands distance for proper appreciation, and a pavilion, which invites its audience to enter, explore, and engage with the work from within the structure.

The circular work is composed of 23 panes of partially silvered colored glass, held upright by steel frames and installed in a circle with an opening on the north side. Each glass pane is treated with reflective coating so that the edges of the glass are opaque mirrors that fade to transparent colored-glass strips at the centre. Viewed from the outside, the work presents a circular color spectrum interrupted by fragmentary perspectives of the surrounding sculpture park. At night, a fresnel lamp mounted on a tripod at the centre of the sculpture illuminates the work from within, creating a kaleidoscopic rainbow effect and interacting with the city lights beyond. The overall dimensions are 9 x 31 feet. 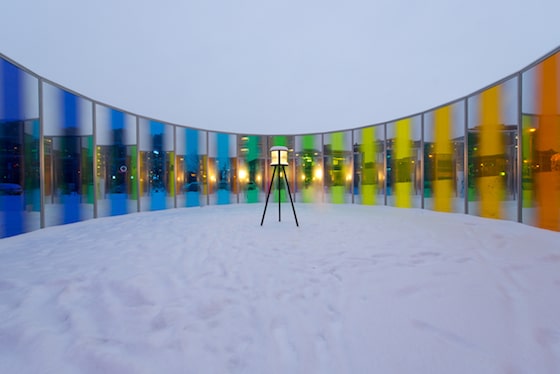 "To a great extent it works as an orientation device," said Eliasson. "It works with this idea of dividing the view either from the inside or as you walk around it as a color centre. Walking through the city or the park's paths, you know when you’re in the blue area, then the purple, then the orange. I think it’s a measurement machine that indicates your movement. It’s almost a functional idea of mapping and a number of my works play around with or question our sense of orientation. I think once we establish a contract or an idea about where we are and how we are, we also establish the ability to evaluate where we are and maybe even criticize the nature of being in a certain place." (Interview with OLAFUR ELIASSON In Disegno.Dailycom)