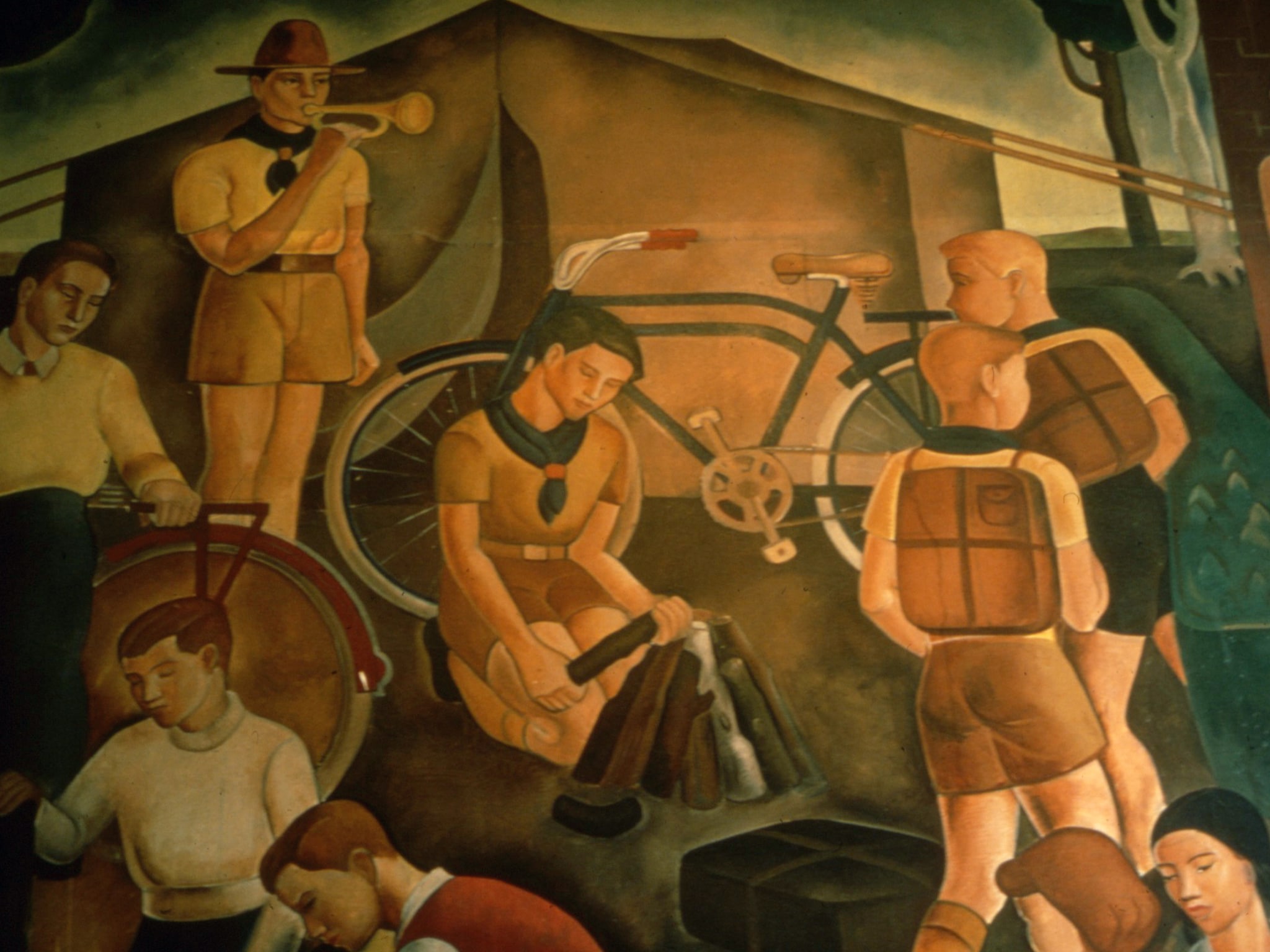 In the 1930’s the famous  murals, under the direction of Grant Wood, were painted for the walls of Callanan. The school was fortunate to be chosen to have two such artistic treasures to beautify the upper portion of each stairway. The south mural “Nation at Work” was painted by George Grooms in 1936. The north mural “Nation at Play” was by Glenn Chamberlain and dated to 1937.

Each mural made a statement about preparing young people for participation in the adult world. They were viewed as a patriotic reflection of President Roosevelt’s aim to get all our citizens back to work. “Play” was further featured in an exhibit in Washington D.C. to gain support for more New Deal Art Programs. The murals were restored in the 1980’s by the efforts of Principal Marian L. Ehlers and a community wide fundraising campaign.