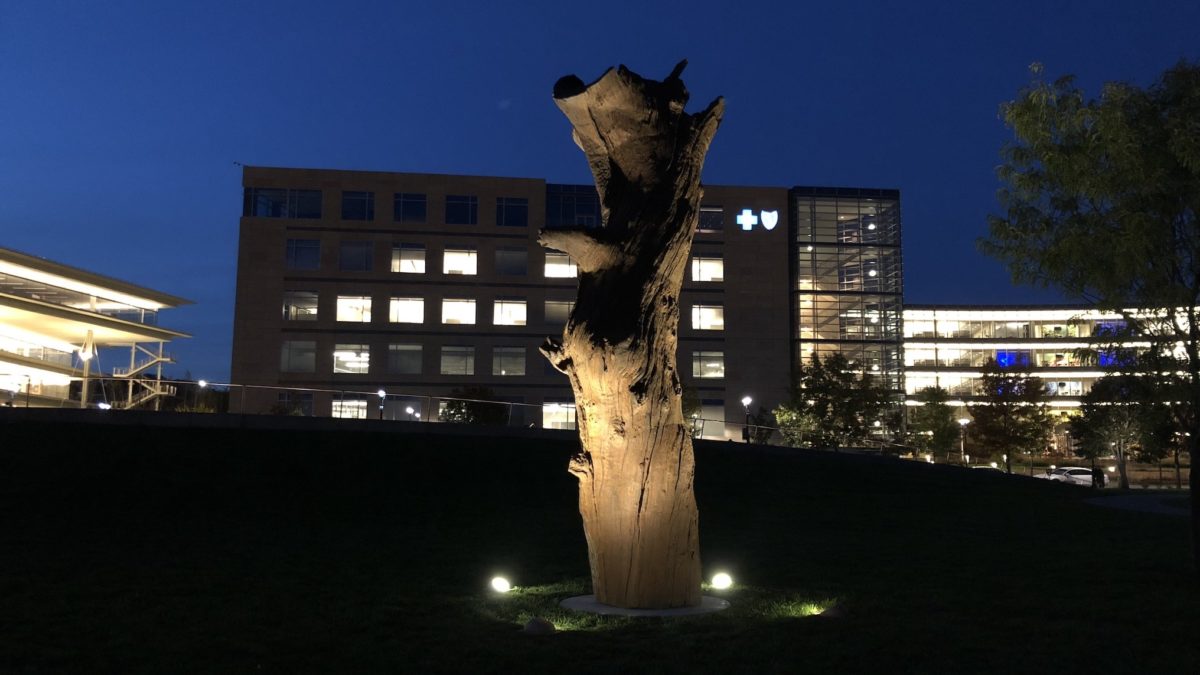 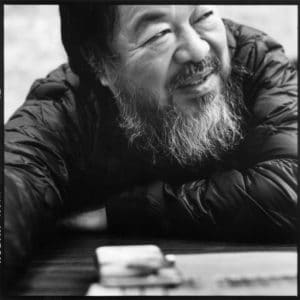 “Iron Tree Trunk” (2015) a life-sized cast of a tree found in the Jiangxi Province of Weiwei’s native China, unites individual pieces of iron into a whole structure. Its size comes matched by small nuances, down to tree rings around the base and weathered cracks in the bark. This massive cast of a tree references both the cultural tradition of finding poetry and contemplation in natural phenomena. It also alludes to the challenges inherent in China’s rush to industrialization.

In 2009, Ai Weiwei began collecting organic wood fragments from the mountainous regions of Jiangxi in southern China and meticulously constructing the roots and branches into intricate tree compositions. These monumental sculptures are based on a wooden predecessors and took years to compose. The trees complex, animated branches conjure images of dragons that recur throughout the Chinese visual tradition. The untreated surface evolves over time, developing an oxidized patina with even greater visual dimension. With these evocatively powerful works, Ai Weiwei creates a contemplative environment for the viewer, inviting reflection on their relationship to nature, culture, history, and self. From a distance they register as trees – but closer examination reveals a myriad of awkward cuts and stainless steel bolts which hold the sculptures together. Each is a metaphor for cultures and communities of widespread diversity brought together as a social whole is foundational to the artists intention.