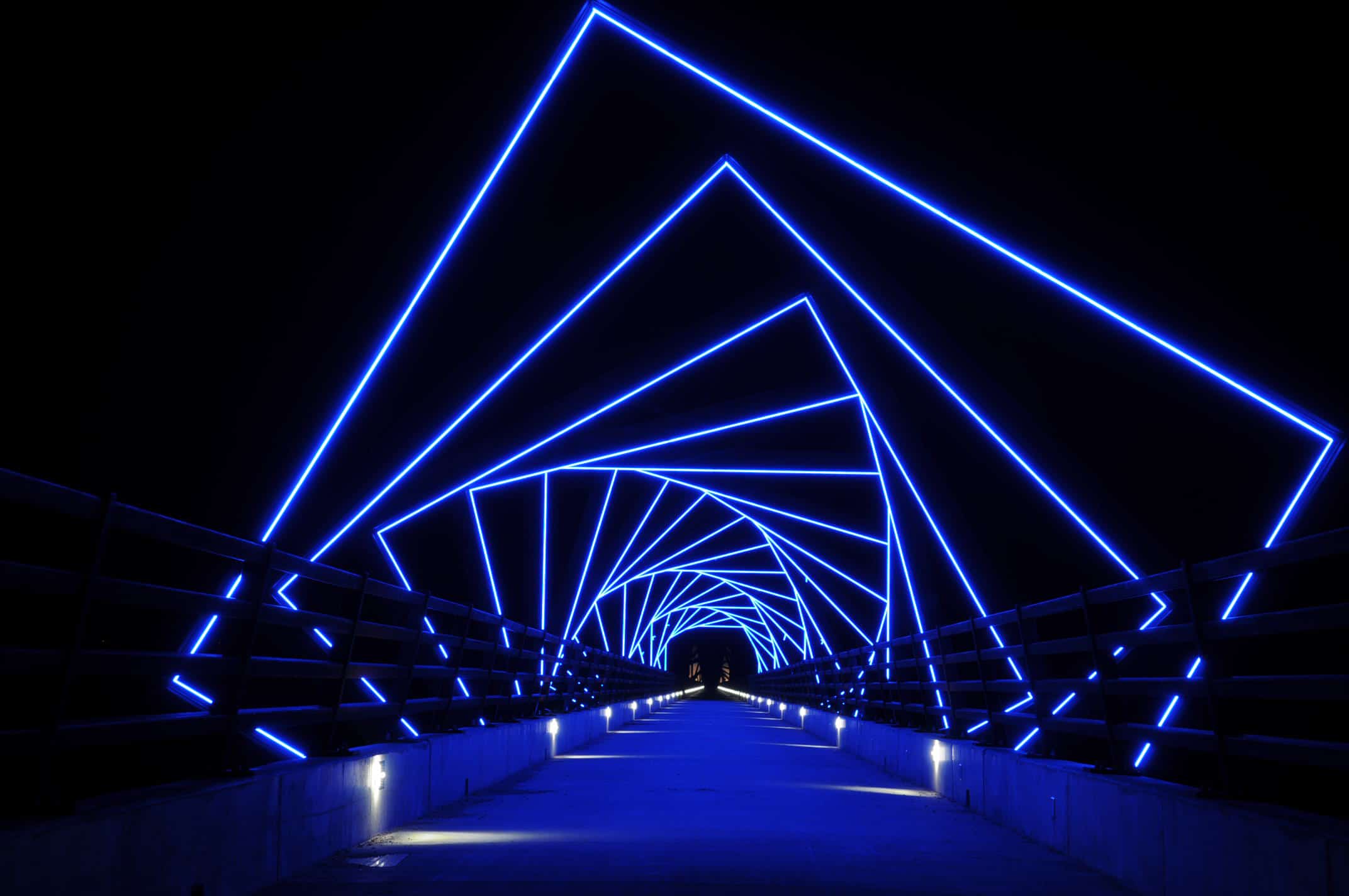 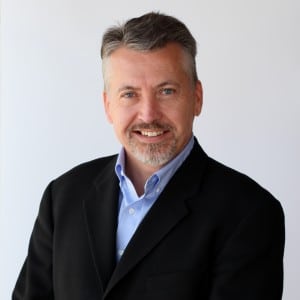 The High Trestle Bridge stands 13 stories high and spans ½ mile across the Des Moines River between Madrid and Woodward. The “portals” or vertical elements that form a gateway to the Des Moines River Bridge are sculptural symbols that speak to this geology, the cutting and slicing of nature that forms this river valley. Seen from a distance, they become a destination “icon” that bracket the experience of crossing the river on this expansive trail bridge. Scale is one of the most important elements to the integration of these sculptural features. They must relate in size not only to the length of the span, over 2,300 feet across the river, hut also the height above the river valley, represented by massive columns, some nearly 130 feet tall. These icons visually “focus” the trail and set up the concept of entering a mine. Seams of coal appear in lighted veins in the stacked forms on the bridge landings.

One is inside the story, surrounded by the sculptural forms that embody history and geology. The changing geometry of the steel cribbing radiates around you. The viewer moves along the path as though moving through history, through the tunnel of a mine. Blue LED fixtures highlight the inside faces of each crib. The “High Trestle Trail Bridge is 35 feet tall x 12 feet wide x 2640 feet long.

The High Trestle Trail follows the route of a former Union Pacific Railroad (UPRR) freight line between Woodward and Ankeny, Iowa. UPRR first proposed retiring the line in 2003. The Iowa Natural Heritage Foundation (INHF), which had organized other rail-trail projects in Iowa, bought the 439-acre corridor from UPRR in 2005. As part of the transaction, UPRR donated over $3 million of land value. INHF then transferred sections of the land to partner agencies in the five cities and four counties within the corridor.

Construction on the trail, designed by engineering firm Snyder and Associates, Inc. began in early 2006 to include 1010 feet of trail in Woodward. In 2007, bookend projects in Woodward and Ankeny were constructed. The catalyst for construction came from a $5.6 million Congressional appropriation in 2005. With the help of additional state and federal grants, 20 additional miles of trail were completed and opened to the public in 2008.

The last portion to be completed was the high bridge over the Des Moines River. A $1.75 million grant from Vision Iowa, a project of the Iowa Economic Development Authority, helped fund the construction of a new bridge superstructure designed by Shuck-Britson, Inc., and artwork by RDG Dahlquist Art Studio. The project was officially completed with the grand opening of the bridge in April 2011.