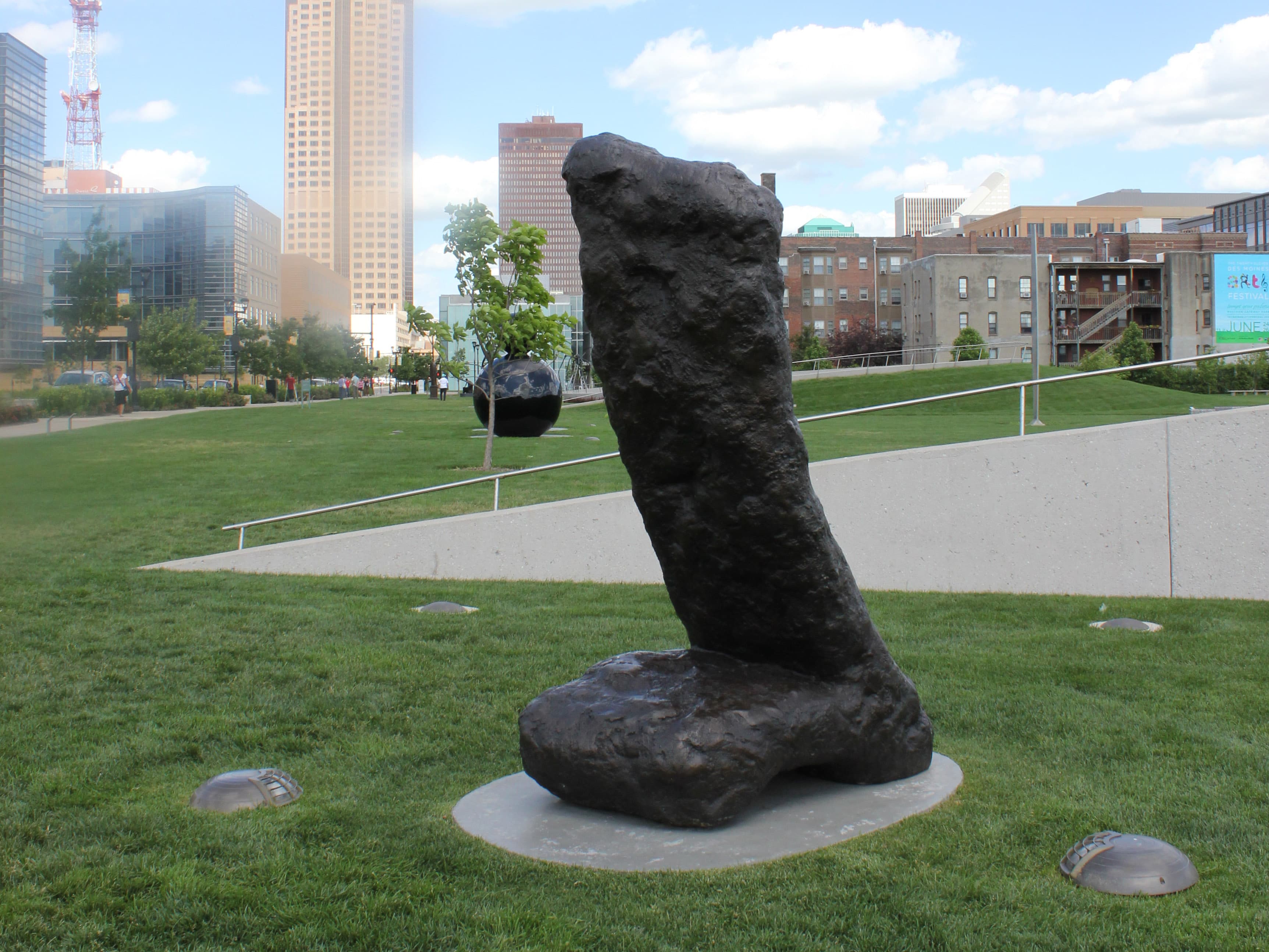 Gymnast III is cast in bronze and more than seven-feet tall. The “Gymnast” series of sculpture captures the basic strength of a bending and stretching athlete, rather than with the kind of virtuosity that brings an Olympic audience to its feet. Limbering up, not performing, is its subject matter. The figure is highly simplified. Although neither head, nor arms nor feet are described, the viewer can decipher a tautened form. More important is the fact that the summary bending or lifting defines itself as a sustained effort. This gymnast is not fooling around, and the areas of maximum tension are so well conveyed as to make a sedentary observer wince.Tucker has called his earlier work a “prolonged anatomy lesson” in construction, but this terminology applies just as well to the late work. His sculpture has always been concerned with an apparent loss of overarching structure. He pares away at forms, but instead of finding a complete skeleton with a complementary network of attached muscles and veins, as it were, he discovers a succession of disparate jointed sections whose position in the greater scheme of things is unclear. To use an archaeological metaphor: It is as though, having investigated the site of a lost city, one were to discover plenty of hinges but no doors or walls.