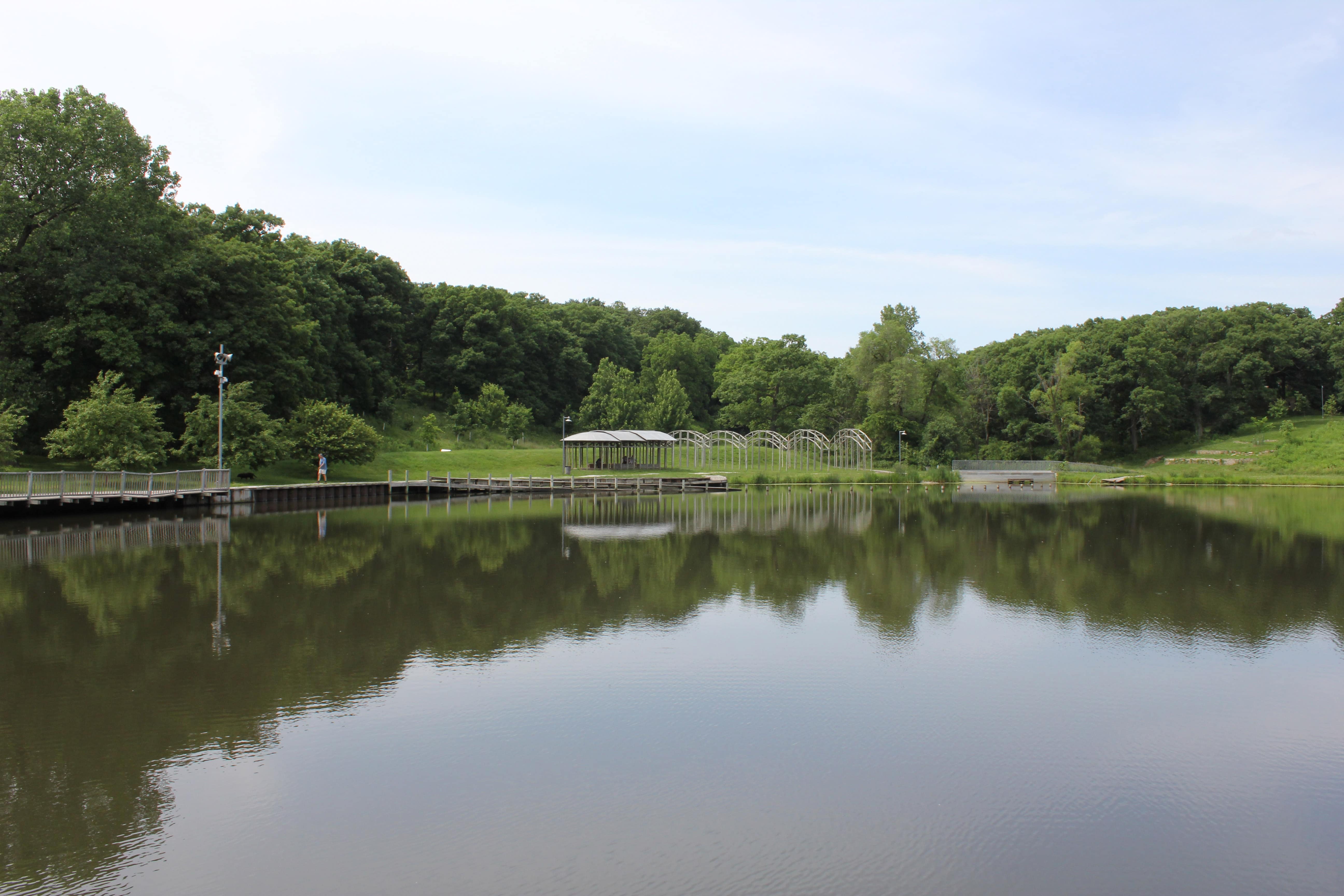 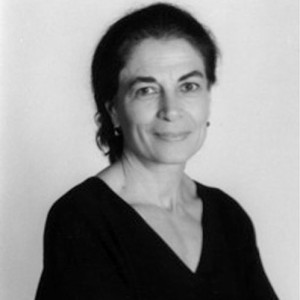 This outdoor installation, commissioned by the Des Moines Art Center, was created from 1989 to 1996 in consultation with local citizen groups, municipal agencies, and scientists. According to Miss, it is one of only eight permanent land works by the influential artist that remain intact, and is considered a pivotal work in her career. The museum selected Miss, Richard Serra, Bruce Nauman, and later Andy Goldsworthy, to develop works for the museum grounds in Greenwood Park, a 147-acre picturesque park laid out by the Des Moines Parks Board in 1894, and the Des Moines Art Cent’s home since 1948. According to Jessica Rowe, director of the Greater Des Moines Public Art Foundation, “Greenwood Pond: Double Site is the first urban wetland project in the State of Iowa and also the first in the nation. It moves away from the notion of sculpture as ‘object’ and toward art understood and realized through its relationship with nature and outdoor space.”

The spaces of Double Site are literally layered with wooden and screened lookouts, multileveled walkway, pavilion, and pathways.  Shifting viewpoints, multifaceted situations, and ever-changing audience perceptions are all factors that inform the project. In the gradually unfolding space, the spectator can walk, explore, and climb around the water’s edge or go below the surface of the ground to sit at eye level with the surface of the pond. By integrating elements into a site, the artist alters the site without physically imposing a monumental piece of sculpture. Miss emphasizes the viewer’s involvement with a place: it is not about sign reading — it is about relying on your senses.

However, the seminal project’s genesis was controversial. Placing sculpture on the grounds of Greenwood Park was envisioned in the 1980s by Julia Brown, then director of the Art Center, as a way to bring visitors to the park and revitalize a landscape that was not being fully utilized. It was a time when environmental and site-specific art was just beginning to enter the public’s awareness – and the Museum was tasked with making its case to a skeptical public. In fact, the concept was met with strong local opposition including a lawsuit on behalf of area residents who felt that it did not recognize the desires and needs of the community. Miss saw in this discord an opportunity for collaboration. Miss’s inclusive dialogue with community representatives and technical advisors – naturalists, hydrologists, educators, and planners – was essential to the design of Greenwood Pond: Double Site, and ultimately won over its opponents.

The importance of the park to the immediate neighborhood is made apparent by invoking and building upon layers of associations and memories which have collected over time. Walking around the pond, shifting between overviews and cut-outs within the water surface, the individual visitor is able to trace an intimate view of the place while putting together a new understanding of how it operates visually and physically.

I was taken with the idea of being able to give people in the city a sense of what it actually means to create a ‘green city’, a place where runoff water becomes a resource, not just a nuance.” The 6.5-acre urban prairie and wetland ecosystem not only engages the public with the environment, it provides wildlife habitat and stormwater mitigation.