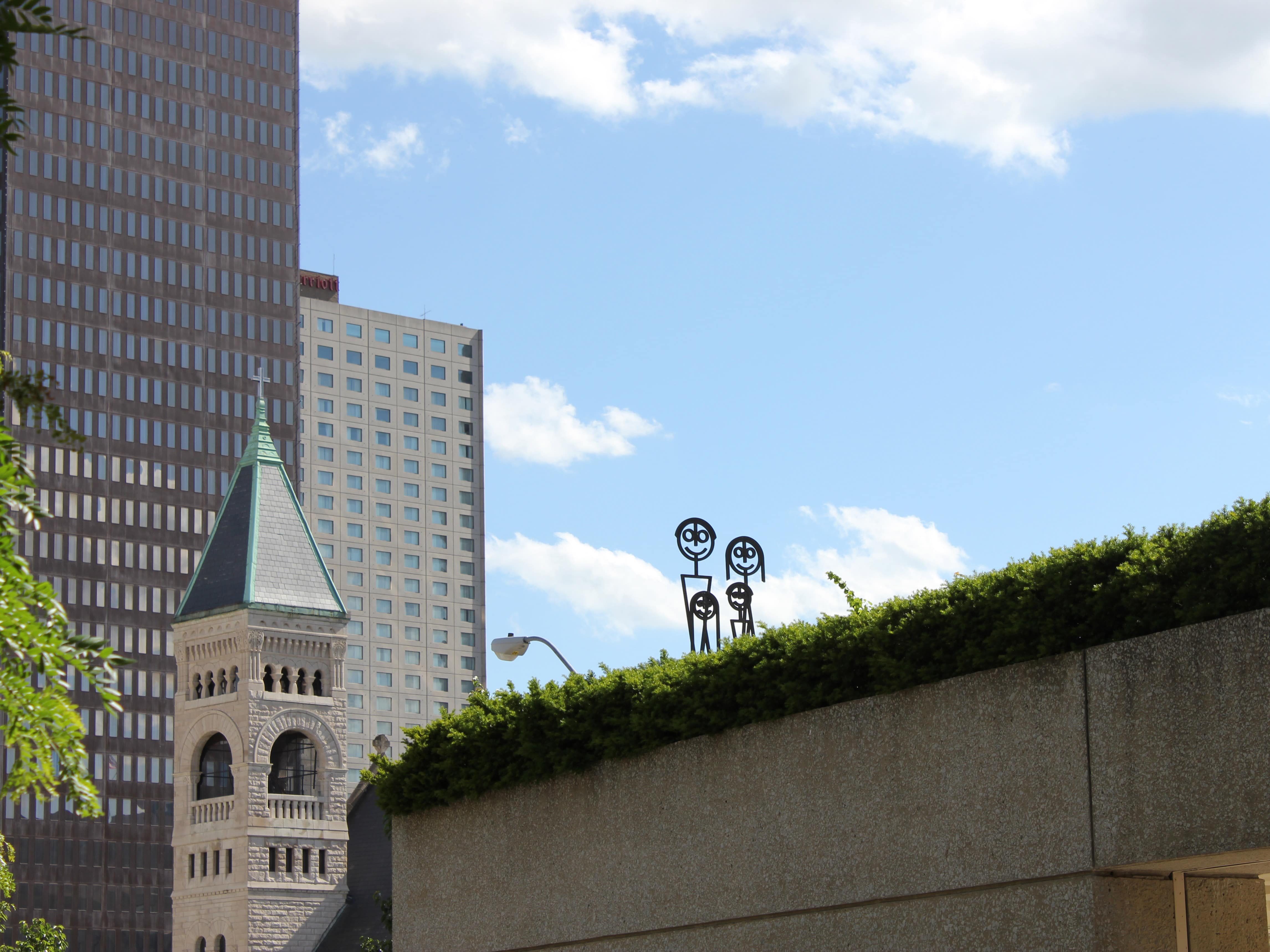 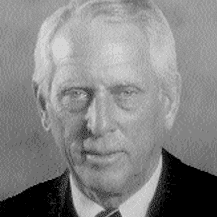 The sculpture called “Family at Corner” was created by Watson Powell, Jr. , who served as chairman, CEO and president of American Republic Insurance Company.  Following the path made from a drawing by Powell, and the work was cut from a flat-sheet of bronze using a laser cutter.  The figurative elements were welded together to create the grouping.

Even from the earliest planning meetings, Powell Jr. knew he wanted artwork to liven up the clean modern lines of architect Gordon Bunshaft’s mid-20th-century design. “The art collection was originally not a question of choice. It was a matter of necessity,” Powell Jr. said in that 1999 interview.