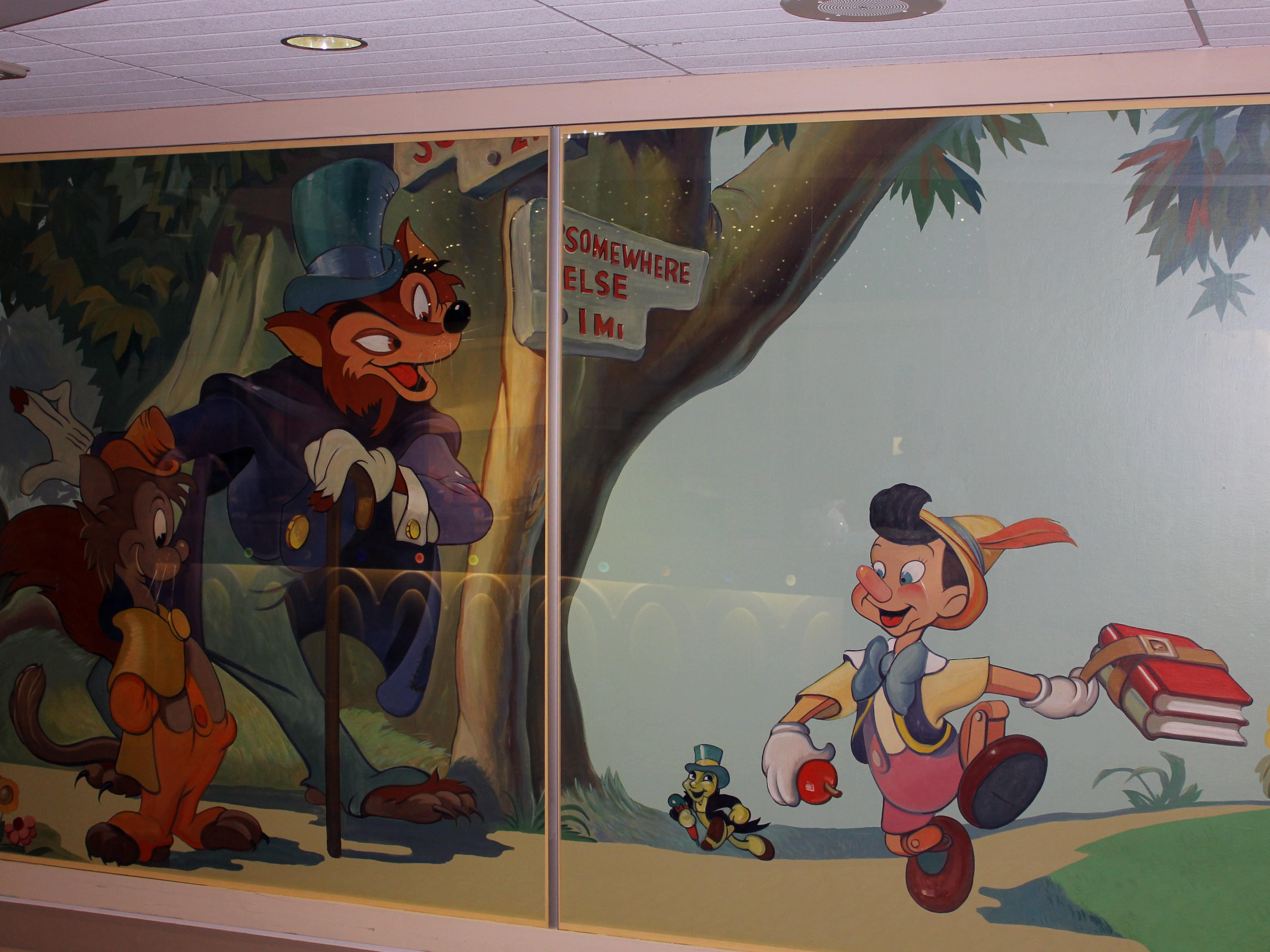 Anna and A.H. Blank established the Raymond Blank Memorial Hospital for Children in Des Moines in 1944 in honor of their son, who died at the young age of 33. It was the only civilian hospital built during WWII. A.H. Blank, known for his generous holiday parties for patients, was a philanthropist who had made his fortune in the movie theater business.  When the hospital opened, Mr. Blank made a call to friend, Walt Disney, requesting that some of his artists come paint murals at the hospital for the children who would inevitably become patients there. Disney murals adorned the play room, where children were able to play and have fun. Throughout the years, those murals have been moved and placed behind plexiglass for protection. Today, the murals greet patients and families in the NICU, in the play room and in a conference room.

The mural pictured here depicts Pinocchio in the scene where, on his way to school, he is led astray by Honest John the Fox and his companion, Gideon the Cat, who convince Pinocchio to join Stromboli’s puppet show. This vignette from the classic Disney film Pinocchio is to be read as a warning to children about the perils of skipping school.