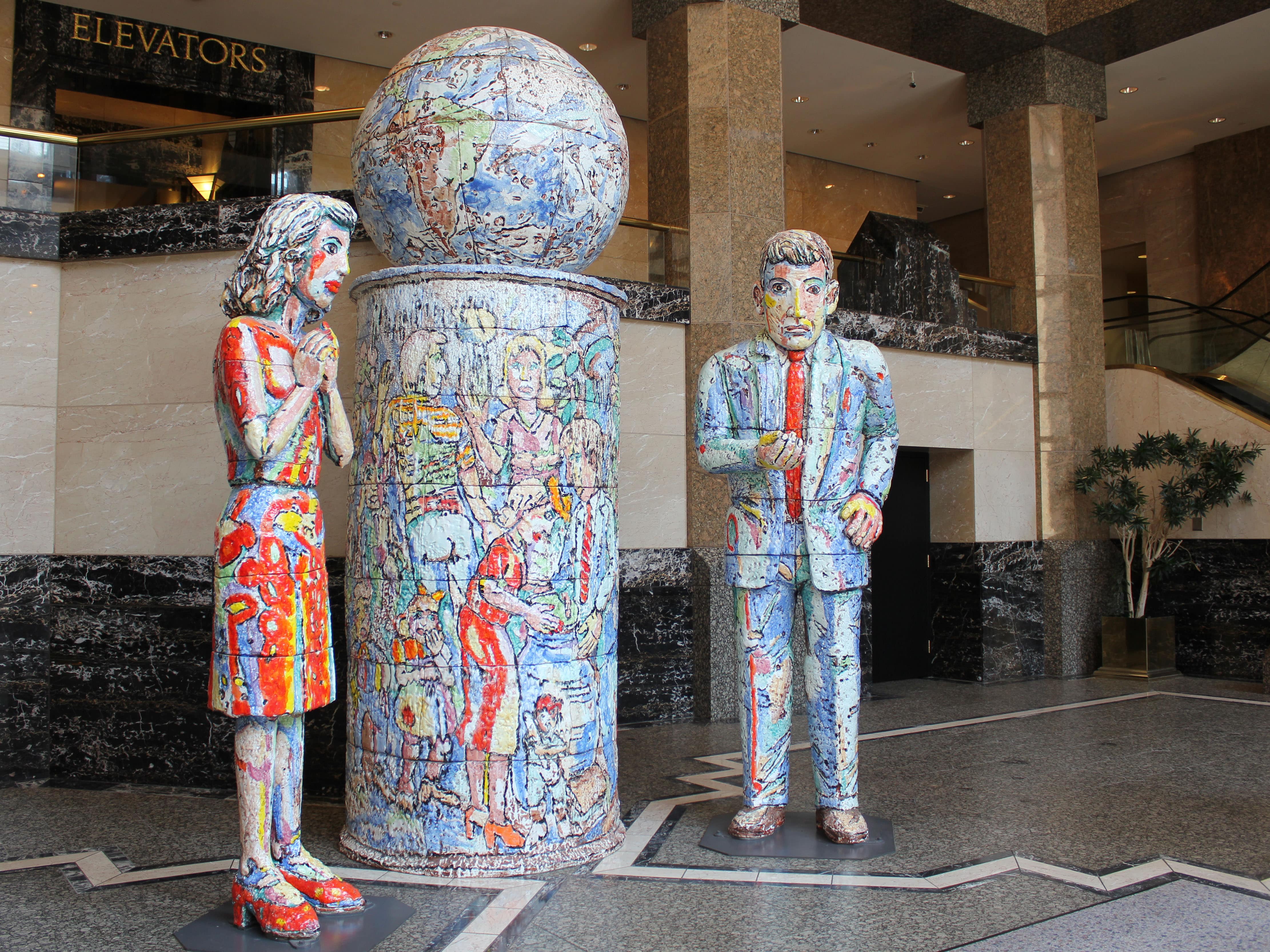 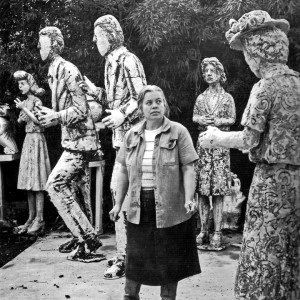 A World of Possibilities

Viola Frey’s giant ceramic sculptures of men and women are among the under-appreciated wonders of late 20th-Century art. Rising upwards of eleven feet, they have an imposing physical presence and a clunky, cartoonish ugliness.

Roughly glazed in strident colors and made in sections that fit together like blocks in a stone wall, they could be mistaken for a species of Outsider art. Because of their size and their blank or seemingly angry expressions, they may remind you of what it was like to be a child among grown-ups troubled by incomprehensible problems. Apart from their scale, the painterly treatment of the figures’ surfaces draws the viewer’s attention. With a brushy, Fauvist approach, Frey gave the man in the incandescent suits slashing white and orange highlights and added purple shadows to his yellow face. He is as much a three-dimensional painting as a conventional statue.