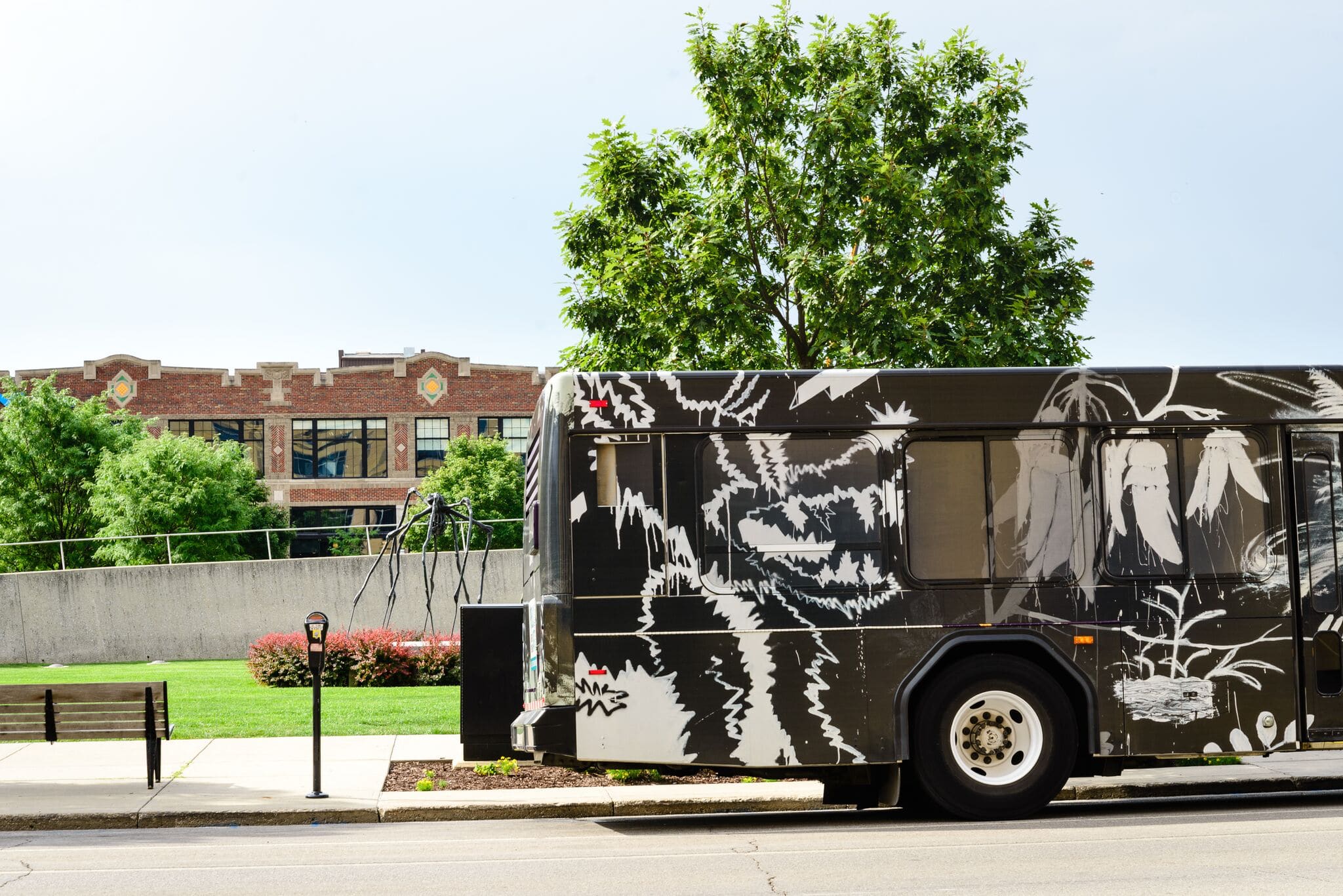 Residents and visitors may have noticed unique designs on large transit buses in their neighborhoods through the metropolitan area.  It is one of the Greater Des Moines Public Art Foundation’s initiatives.  Called Project Spaces, the initiative places compelling, temporary works of art in highly accessible and visible public spaces. Creating designs to wrap around buses is the result of the Public Art Foundation partnering with the Des Moines Area Regional Transit Authority. The sixth art bus was unveiled in late June in conjunction with the opening of the 2017 Arts Festival. The Public Art Foundation commissioned artist Jordan Weber to create a new design.

Each one of the six buses have traveled, or will be traveling, approximately 27,000 miles per year or 2,250 miles per month.

“We are proud to continue our partnership to bring public art buses onto the streets of our communities,” said Christine Hensley, Des Moines City Council Member, DART Commissioner and Greater Des Moines Public Art Foundation board member. “These buses help to bring art out into the areas of our region where you would least expect it.”

“Plant and tree species from colonies that have gone extinct by means of environmental degradation, colonization & inter-tribal conflicts over the course of human existence. I want the bus wrap to be a reminder of how we must unify as a human species to survive in an ecosystem that we have depleted continually, even though we all rely heavily on the same resources despite our perceived differences.” – Jordan Weber, 2017