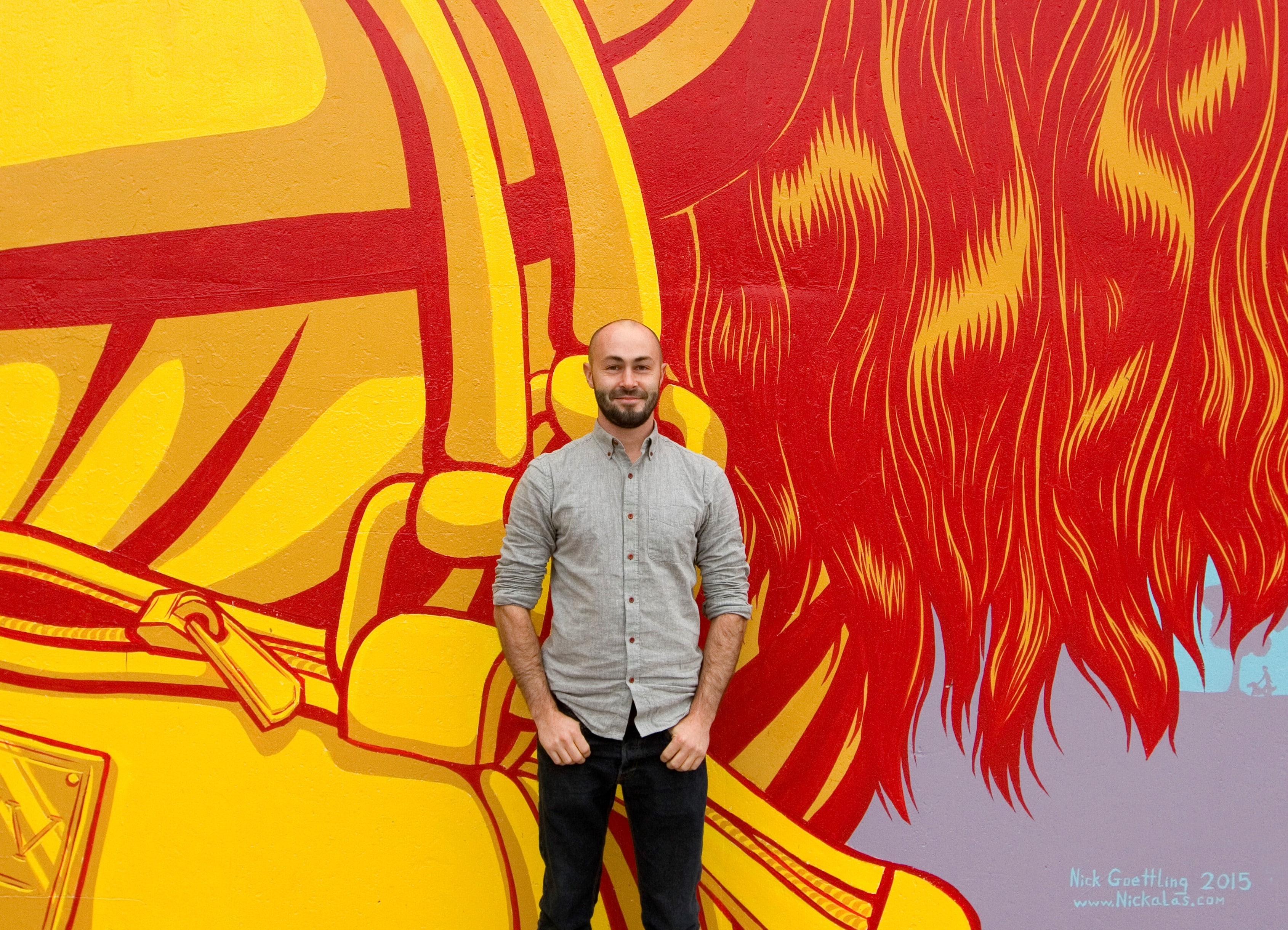 Nick Goettling is an artist from Chicago who grew up in the forests of Washington State, where he earned his Bachelors of Fine Arts from The Evergreen State College with an emphasis on narrative drawing and painting. Nick helped found Chicago’s Platform Studios in 2011.

In talking about his design for the art bus, Goettling said, “Through sinuous linework, dynamic figures, and evocative patterns, I use public art to tell stories.  As a public space evolves, the stories we tell about it, and the futures we imagine for it, change too. I use public art to activate those spaces by challenging viewers to consider their roles within the local story.”

Goettling has made work for public agencies and private clients throughout the country, including The Museum of Science and Industry in Chicago, the cities of Portland and Tacoma, Northeastern Illinois University, Lagunitas and Stevens Point Brewing, Clif Bar, and others.

“We are overjoyed to continue to expand on our public art partnership with DART,” said M. Jessica Rowe, director of the Greater Des Moines Public Art Foundation. “Through visions from artists like Nick Goettling, we can enrich lives across our community with mobile public art. Goettling’s unique design will create a bold vision which DART will be able to transport throughout the region.”

The project is part of the Public Art Foundation’s Project Spaces initiative, which places compelling, contemporary works of art in highly accessible and visible public spaces. The bus wrap project began with an open call, which generated a response from 45 artists across 21 states. A team of art professionals reviewed more than 325 images and commissioned finalists to create concept proposals.

“DART’s partnership with the Greater Des Moines Public Art Foundation provides a unique way for our agency to expand on our core mission of enriching lives, connecting communities and expanding opportunities by spreading public art into all areas of the Greater Des Moines region,” said DART CEO Elizabeth Presutti.

Free Public Art Tours
Residents, visitors and Arts Festival attendees are invited to ride along for a free tour of public art in downtown Des Moines on Saturday, June 23.