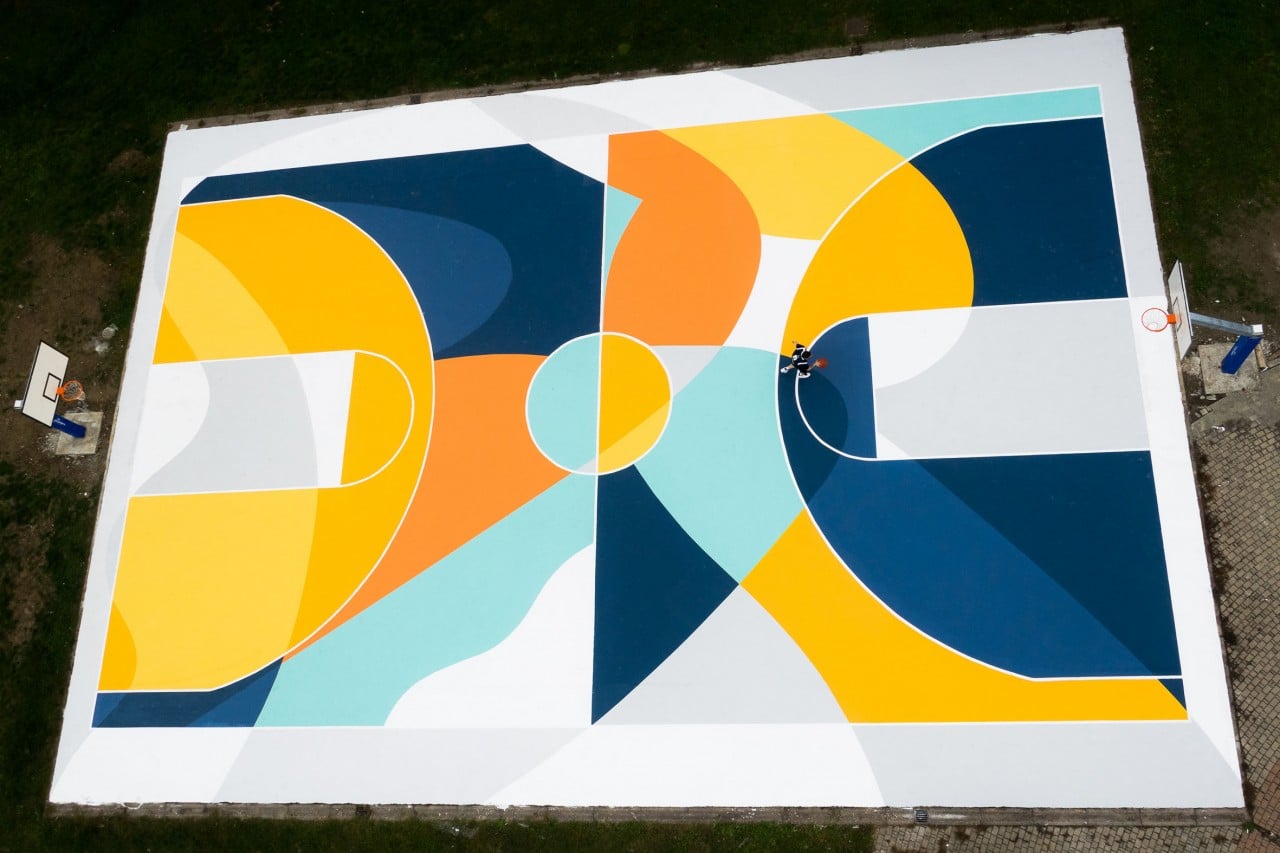 Italian artist GUE shared impressive images from a brand new installation he finished in the city of Alessandria in Italy. The artwork is a tribute to Carlo Carrà, futurist artist, who was born in Alessandria.

As part of the redevelopment of the Carlo Carrà park, Gue transformed a 347-square-meter basketball court into a geometric labyrinth that sees interlocking swathes of vivid reds, yellows and blues set off by cool greys to result in a beautiful but functional piece of urban art. He decided to use the colors that can be found in the color palette of the basketball courts, combining them to give the possibility of an easy reading of the game’s schemes.

“The idea was born from the possibility of being able to cross the field’s space,” gue described, “and to stay inside the composition and change the perception of shapes through the game’s movement. The choice of colors was motivated by a direct reference to the world of sport,” he said. “I chose the color samples used in basketball courts, combining them and adding personal variants.”

The lines delineating point scoring sections are marked out in white, while bold yellow, bright blue, and cool grey tones come together to create a graphic composition that fills the large part of the court. “It was important to consider the schemes of the designated areas, necessary for the game, but at the same time it was necessary to feel free to interact with shapes and colors.”

Entitled “Playground”, GUE created this beautiful installation which carries on his research on shapes and colors.

Curved lines and shapes create a striking visual rhythm that highlights the movement within the space, amplifying the action and leaving a visual trace of the hard-fought matches played on the ‘playground’. The public art project is a testament to both art and the sport.