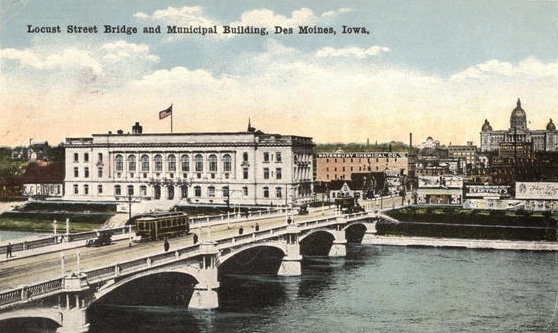 Today, “Percent for Art” represents for many U.S. cities the most important public art fund since the Great Depression. Just look at Kansas City, New York, Philadelphia, San Francisco, Seattle, or Chicago (the Chicago Public Art Collection includes more than 700 works of art in over 150 municipal facilities around the city, such as police stations, libraries, and CTA stations.)

From about 1900 to 1910, cities of 2,500 or more were cropping up throughout the U.S. Initially, most of these cities were focused on industry and commerce. More than 3000 Village Improvement and City Beautiful Associations (i.e., Des Moines, IA) were established in these growing cities to foster more beautiful, sustainable, and safer neighborhoods.

In the 1930s, the United States of America was struck by the Great Depression. Then president Franklin Roosevelt set up the Works Progress Administration, a government agency which helped relieve the economic depression by employing unskilled workers in public works. The Federal Art Project was one of its programs in which unemployed artists including Jackson Pollock, Mark Rothko and Diego Rivera were recruited to produce murals, paintings, sculptures and posters for public buildings.

During the course of the project, apart from producing a whole new collection of American art, more than a hundred community art centers and galleries were established throughout the country, which helped develop a new audience for art. Even after the termination of the program at the outbreak of World War II, its influence has lasted to the present day.

Despite the long history of incorporating sculptures, skillfully crafted ornaments and paintings in architecture, it was not until the early 20th century that the awareness of ‘public art’ as an important genre instead of mere decoration subordinate to architecture was aroused.

France was the first country to implement the ‘percent for art’ policy in the 1930s. The policy states that for all construction projects of public buildings, universities or schools, 1% of the total project fee should be used on the installation of artworks. Other countries which implemented a percent for art program include Germany, Japan, Great Britain, Italy, Sweden, and Canada.

U.S. PUBLIC ART POLICY & LEGISLATION TIMELINE
1900 – 1910 – 3,000 Village Improvement/City Beautiful associations are established
1935 – 1943 – During the depression, the Works Progress Administration (WPA) Federal Art Program
employs more than 6,000 artists who create more than 2,000 murals, 17,000 sculptures and 100,000
paintings which adorn many federal buildings/sites.
1959 – Philadelphia passes the first one percent for art ordinance in the United States
1965 – National Endowment for the Arts is established
1972 – The Government Services Administration (GSA) Art in Architecture program is established, requiring one half of one percent on select Federal buildings
2001 – 2003 – CITY OF DES MOINES’ PUBLIC ART COMMISSION
2004 – Greater Des Moines Public Art Foundation was founded as a non-profit 501(c)(3) organization through an agreement between the City of Des Moines and the Community Foundation of Greater Des Moines.
2015 – There are now well over 350 municipal public art programs in the United States

Des Moines, Iowa has followed in stride with this national movement. The Greater Des Moines Public Art Foundation (GDMPAF) advances the best of public art, through public and private collaborations, by integrating art within common space — on the street, in a park, in the infrastructure of a building.

Public art is one very visible component of the arts and cultural make-up of our city. In Des Moines it fulfills a variety of aims:
1) providing aesthetic betterments in the form of urban beautifications (Cowles Commons),

The goal of the Greater Des Moines Public Art Foundation is to attract the best talent, worldwide, to generate ideas and innovative designs that will meet the needs of the City’s communities, and respond to the natural and constructed history of the site.