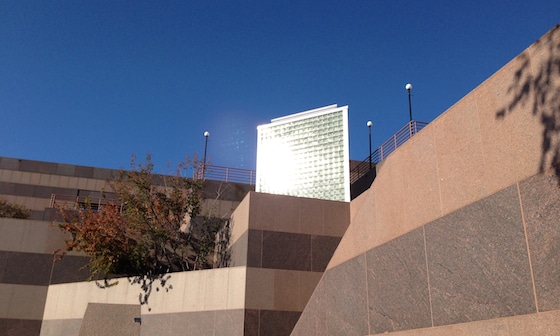 His project below is called Voice Array — as a participant speaks into an intercom, his or her voice is automatically translated into flashes of light and then the unique blinking pattern is stored as a loop in the first light of the array. Each new recording pushes all previous recordings one position down and gradually one can hear the cumulative sound of the 288 previous recordings. The voice that was pushed out of the array can then be heard by itself.