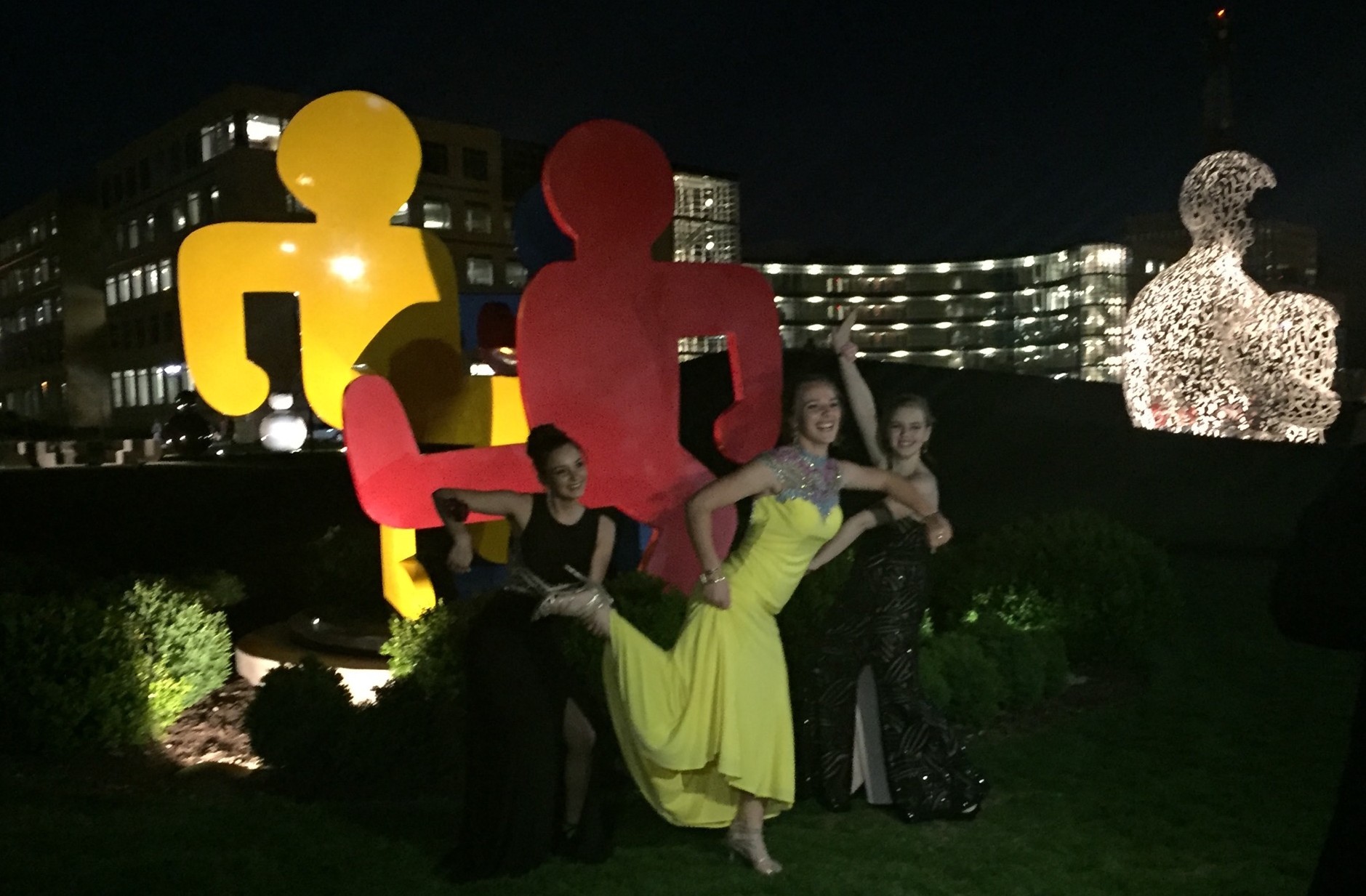 May 4 is artist Keith Haring’s birthday—he would have been 58 years old. Recently, while strolling in downtown Des Moines, I took a snapshot of three women in front of the Keith Haring sculpture. This iconic sculpture is a reminder of the strong desire Harding had to make his artwork available to as wide an audience as possible.

The sculpture in the Pappajohn Sculpture Park, called Untitled (Three Dancing Figures, Version C)  is a “tribute to Keith Haring’s love of music and club culture of the 1980s,” said Gilbert Vicario, who is currently Chief Curator of the Phoenix Art Museum. He went on to say: “The imposing sculpture, although very different from the ephemeral, quickly rendered wall murals that he is known for, celebrates his love of dancing and is intended to have a sense of permanence for people to enjoy in the years to come.” 1

Keith Allen Haring (May 4, 1958 – February 16, 1990) was an American artist and social activist whose work responded to the New York City street culture of the 1980s by expressing concepts of birth, death, sexuality, and war.

Haring was best known for his graffiti-inspired drawings, which he first made in subway stations and later exhibited in museums. The energy and optimism of his art, with its bold lines and bright colors, brought him popularity with a wide audience. Between 1980 and 1989, Haring achieved international recognition and participated in numerous group and solo exhibitions. He collaborated with many other artists and performers, including Andy Warhol, Grace Jones and William S. Burroughs. Throughout his career, Haring devoted much of his time to public works, which often carried social messages.

He produced more than 50 public artworks between 1982 and 1989, in dozens of cities around the world, many of which were created for charities, hospitals, children’s day care centers and orphanages.

In 1988, Haring was diagnosed with AIDS. The following year, he created the Keith Haring Foundation to support children’s programs and organizations dedicated to raising AIDS awareness.

His art continues to be exhibited worldwide, and many of his works are owned by prestigious museums, including the Art Institute of Chicago, the Museum of Modern Art in New York City and the Centre Georges Pompidou in Paris, France. Haring’s art, with its deceptively simple style and its deeper themes of love, death, war and social harmony, continues to appeal strongly to viewers.