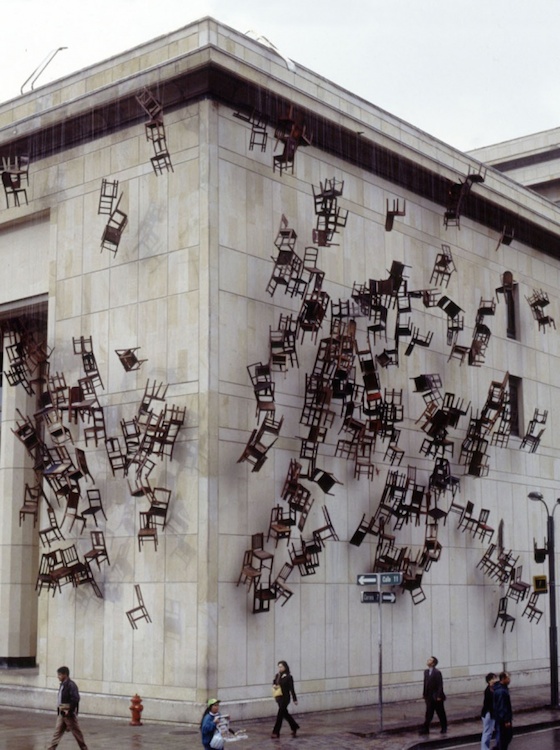 Despite strong reviews and a presence in leading museum collections, Doris Salcedo’s work has not had much exposure in the United States until now.

The Museum of Contemporary Art Chicago is presenting the first retrospective of the work of renowned sculptor Doris Salcedo (Colombian, b. 1958). Salcedo—who lives and works in Bogotá—gained prominence in the 1990s for her fusion of postminimalist forms with sociopolitical concerns. The exhibition features all major bodies of work from the artist’s thirty-year career—most of which have never been shown together before.

Doris Salcedo knows well art’s inability to effect social change. Her sculptures and installations, as powerful as they are, will not change the course of history in her native Colombia, end wars, or stop the drain of everyday violence. In the artist’s view, they are merely mute objects, with no agency in and of themselves. Their power, however, lies in their silence, and in the affective space between object and viewer, drawing out a feeling of collective loss and shared humanity, while pointing to humanity’s greatest tragedies: war, mass displacement, and genocide.